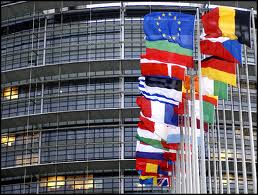 Opposition MPs have called on prime minister Mark Rutte to answer claims he threatened to pull the Netherlands out of the eurozone in 2012.

The anti-immigration PVV and the Socialists have called on Rutte to return from holiday to take part in an emergency debate, while GroenLinks have called for a full briefing by midday on Thursday.

The claim is made in Wednesday’s Volkskrant and is based on an interview with European Council president Herman van Rompuy about a meeting between the two in 2012.

Alexander Pechtold, leader of the pro-EU D66 Liberals, told BNR radio such an outburst ‘was not sensible’, particularly when it was about something as important as the economy and in the presence of such an important European as Van Rompuy.

The meeting at the prime minister’s residence, the Catshuis, took place on June 5 2012 to discuss further European integration and Van Rompuy’s plan for strict contracts between Brussels and the eurozone members on necessary economic reforms.

In the interview, Van Rompuy says he was ‘surprised’ at Rutte’s threat to leave the euro if the ‘transfer union’ went ahead.

According to the Volkskrant, others who were present were also surprised because for Dutch consumption Rutte was hammering home the message that the euro was vital to the Netherlands’ economy. In doing so, he was reacting to calls from Geert Wilders’ PVV to leave the eurozone and the EU immediately.

The Catshuis meeting began with the two men taking a walk in the grounds. Once the lunch began, Rutte became agitated and when Van Rompuy reiterated his plan for more control from Brussels, Rutte answered: ‘If that happens, the Netherlands will leave the euro’, witnesses told the paper.

In his interview, Van Rompuy says he has wiped this ‘remarkable’ page from his history with the Dutch prime minister. ‘So much has happened since then that I no longer think of it,’ he told the paper.

In a reaction, Rutte denies threatening to leave the euro, but said he did use ‘very strong words’ to make it clear he would torpedo Van Rompuy’s plan with a veto if necessary.