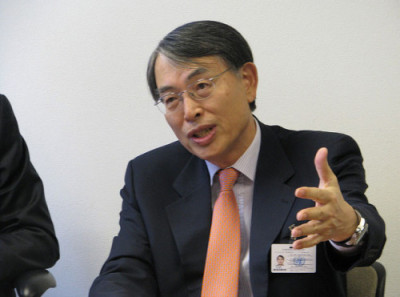 Today, 4 June 2014, three witnesses detained by the International Criminal Court (ICC) in the framework of their testimony before the Court were transferred to the custody of the authorities of The Netherlands. Floribert Ndjabu Ngabu, Sharif Manda Ndadza Dz’Na and Pierre-Célestin Mbodina Iribi were transferred from the ICC detention to the Dutch authorities’ custody in accordance with an order of the ICC Appeals Chamber.

On 20 January 2014, the ICC Appeals Chamber directed the ICC Registrar to return the three witnesses to the Democratic Republic of Congo’s custody, after consultation with the Dutch authorities in order to provide them with the opportunity to take any steps it determines to be necessary in respect of the pending asylum applications of the three witnesses. The Chamber considered that the ICC’s authority to detain individuals was limited to situations where the detention is related to judicial proceedings before the Court and that the ICC could not serve as an administrative detention unit for asylum seekers or persons otherwise involved in judicial proceedings with the Host State or any other state.

The ICC Registrar has been satisfied of the guarantees for these witnesses upon their possible return in the DRC, including that no death penalty would be applicable against them and that the cases for which they were previously detained in the DRC are now on the roster for national proceedings. However, since asylum applications are still awaiting an appeal before Dutch courts, the Dutch authorities have agreed to host the three witnesses pending those decisions.

Background: In 2011, Floribert Ndjabu Ngabu, Sharif Manda Ndadza Dz’Na and Pierre-Célestin Mbodina Iribi were transferred to the ICC, with the cooperation of the DRC authorities, to testify before the ICC in the context of the case The Prosecutor v. Germain Katanga and Mathieu Ngudjolo Chui. They were transferred from the DRC where they were detained, under the agreement with the Court that they shall be returned under the DRC’s custody after their testimony before the ICC Judges.

However, on 12 May 2011, the witnesses filed asylum requests which are still pending before Dutch courts. The Dutch courts have ordered that the witnesses could not be sent back to the DRC pending the conclusion of the proceedings before them.