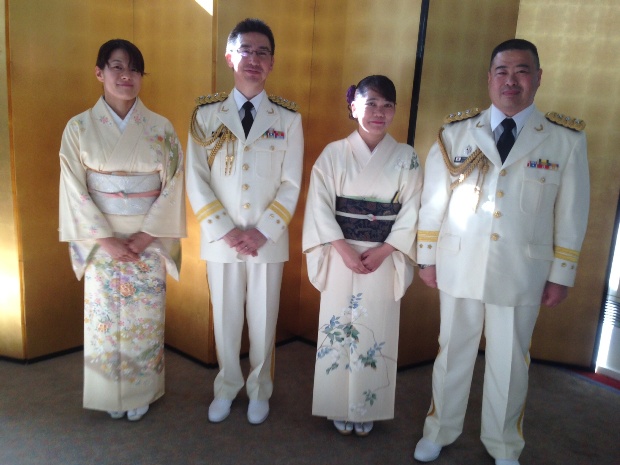 His Excellency Mr.Masaru Tsuji, Ambassador of Japan, hosted a well-attended reception at his residence in honor of Japan Defense Day. A large number of members of the Diplomatic Corps were present. In his speech the Ambassador drew attention to the fact that July 1st marks the 60 th Anniversary of the Self Defense Forces of Japan. The reception was  also in honor of the farewell of the Military Attache of the Embassy of Japan, Colonel Tsubaki, who is leaving.  Colonel Yoshizawa will be the new Military Attaché.