His Excellency Mr. Pierre-Louis Lorenz, Ambassador of Luxembourg, hosted a reception to celebrate National Day. The reception was held at the newly renovated Embassy. The total renovation took 5 years and was overseen by the Leiden-architect Ir. Reinier Verbeek, who praised the excellent cooperation between him and the State Architect of Luxembourg. The historic mansion was built in 1908. In his speech Ambassador Lorenz  welcomed his many guests in Dutch and continued in English, briefly discussing topics such as the robust health of the economy of Luxembourg, the fact that The Netherlands is the 4th largest trading partner and the fact that the overwhelming majority of the people of Luxembourg support the European Union. Ambassador Lorenz concluded by proposing a toast to His Royal Highness the Grand Duke and the century-old  Luxembourg-Dutch friendship. Afterwards  young music students from Luxembourg performed the National Anthem of Luxembourg, followed by the National Anthem of Europe. 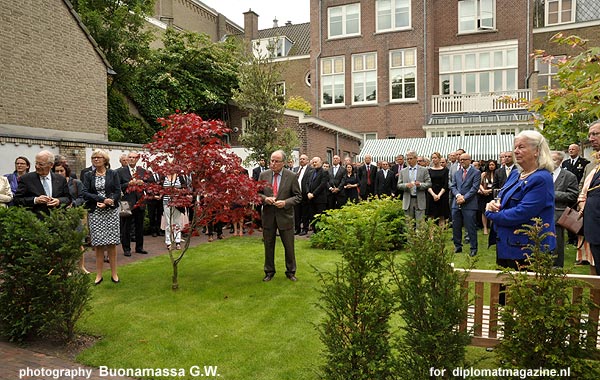 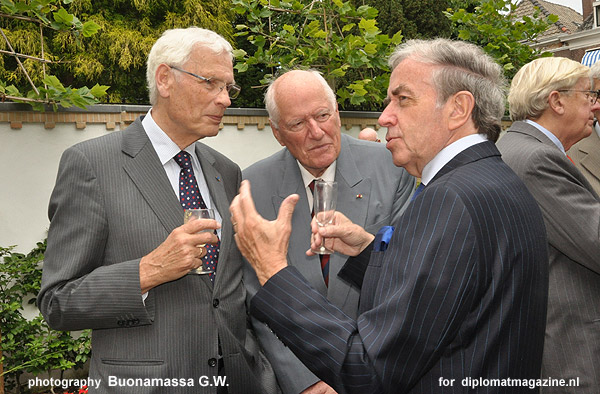 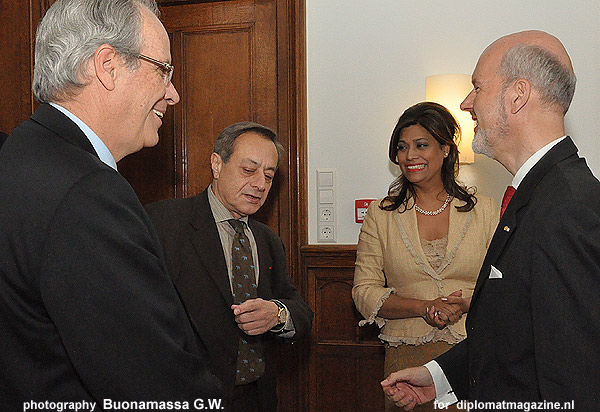 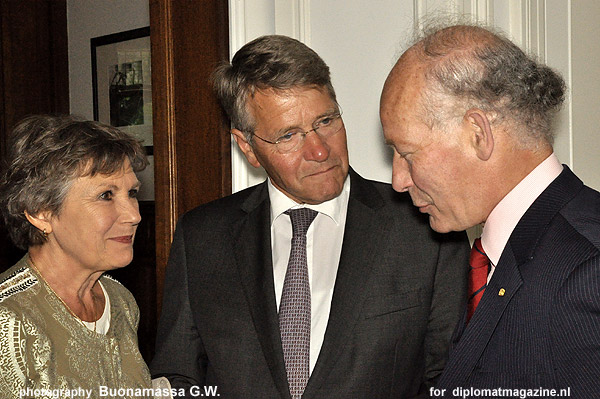 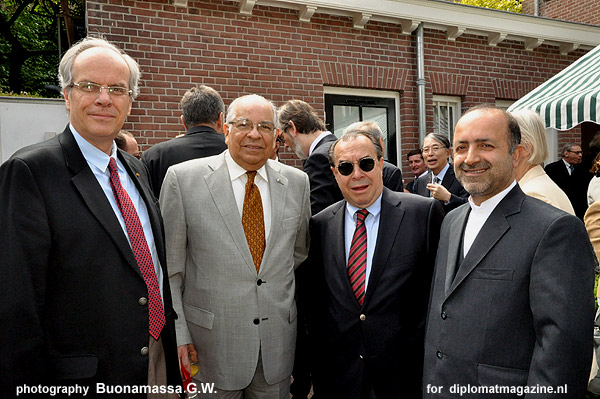