Albania and its European perspective: June 2014 decision on Candidate Status 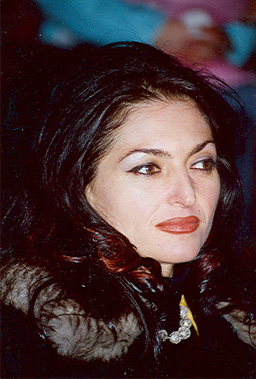 For the second time already, the European Commission recommended granting EU Candidate Status for Albania. The idea was not only to recognize the progress in particular on the areas of justice, the fight against corruption and organized crime and the reforms made by the previous government, but also to encourage the new government to show more results in fulfilling the European criteria for candidate status and pursuing with ongoing reforms. The first time was last December and there was some hope to have a positive decision of European Council to finally open another “door” for Albania towards the European Union. There was also some hope, considering a common idea that “when Commission proposes, Council disposes”, meaning that only in extreme cases Council might go against the recommendation of Commission. But, five European countries voted against it, which does not mean a simple veto, but kind of “some” countries veto, or kind of “common” decision.

After this “No” decision of the Council, there were different opinions and interpretations. Some comments related to “Euroscepticism”, “Eurosceptics”, crisis of Europe, in&out-problems of Europe and the “lack of appetite’ for new countries. Some others referred to the “fear from migration”, or “discriminatory Europe”, meaning different behaviors and standards v.i.s. different countries who aspire for EU membership.

Finally, the moment arrived when the European Council agreed upon the candidate status of Albania. At the end of June, all EU ministers voted to grant this very long-awaited status.

Since its establishment, the European Union has passed through challenges and in many cases has overcome them, becoming therefore even stronger. The increasing number of states, the different problems, economic crisis and recently surprising results of the elections, have changed very much the context(es), and as result the stand v.i.s. the aspiring countries, including Albania. The criteria, the standards, the requirements coming from EU for the “newcomers” seem to be seen by a different loupe, compared for example to the ones used for Bulgaria or Rumania.[1]The Copenhagen criteria are the same, but in every case/evaluation/recognition there might be space for subjectivism regarding conditions that the EU establishes for the candidate countries to fulfill before entering the EU. In certain cases, EU continues to be dominated by national interests, mostly those of old member states which are the biggest contributors within the Community, but not only. The case of Check and CEZ was a clear indicator to illustrate. [2]

Albania has made a long way and progress since 1992, the time when it has signed the first agreement with EU. And it was the first country in the Balkan to start formal relations with European Union. For sure, Albanian democratic transition has not been easy and one might even doubt if this transition has already finished. Substantial reforms have been needed, have been undertaken and the European Union has recognized them. Last year, Albania received a list of 12 key priorities to be worked on. The peaceful transition of the government, after the general elections was considered as maturity for the Albanian political class. 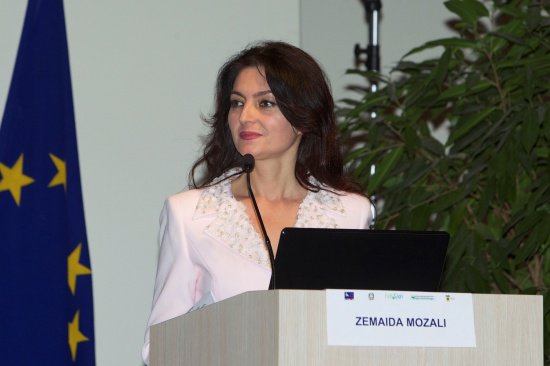 The Economic situation in Albania, described by GDP per capita, ranks it among the poorest countries in Europe, at almost a third of the EU 28, referring to the latest Eurostat data. And this is only one indicator. “Corruption, nepotism and organized crime are a burden on the democratization process.” These are some problems, according to Mr. Hellmut Hoffman, the German Ambassador in Albania. Referring to the same source of information, “The implementation of the rule of law is the key. Also, the recommendation of European Commission was that “Albania still needs to meet key priorities, with particular focus on administration and judiciary reform, fight against corruption and organized crime”. [3]

There have been some cases of investigation and even denouncing against corruption. But, these remain separate and not properly serving as models for education of our population with anti corruption standards, including here politicians. So, fight against corruption seems far from needed standards to comply with EU requirements. Yes, it is the Balkan syndrome; it is something that exists and which cannot be changed overnight. But the measures should be taken accordingly and strongly. “If you can reform, you should go for revolution”, a colleague of mine, used to say.

The political situation in Albania is characterized by a total lack of dialogue. The promises and commitments to a sustainable and constructive political dialogue, which is vital for the sustainability of the reform process, seem to be rhetoric. No agreement has been achieved so far among main political parties, even in cases when it is absolutely needed.

The steps Albania has to undertake have to be decisive and cover not only the key priorities and recommendations of the European Council, but it has to undertake a real “battle” on the long road towards European Union. It has to cover the approximation of legislation and implementation of laws, it has to strengthen the culture of punishment, it has to consider and apply the non discrimination policy and it has to find concrete solution to the rights of property. Albania has to make the proper reform of the administration, by enhancing the professionalism, by hiring persons not because of political affiliation, but based on the real meritocracy. And the “to-do List” Albania has to go through seems to be very long, to produce verifiable results and convince European Union countries that we Albanians are and will be European, not simply in geographical terms, not simply because of European origin, not only because the history has been unjust with us and we are struggling to correct it, not only considering the geostrategic situation(s)[4] and because it is in the interest of Europe itself to become stronger and more consolidated, by widening and deepening at the same time, but because we deserve to be members of European Union.

We have to get the real understanding of the candidate status, of the real economic benefits which are strongly related to the political credit and improvement of the image. To be more precise, now is the time we have to work even harder to attract the attention of  FDI (Foreign Direct Investments), to continue promote our natural resources, to facilitate the procedures of investing here, to settle the problems with the properties, in order to produce as many jobs as possible. This could and would be a real economic benefit for Albania.

Two things have not changed in these years of transition in Albania: 1. Despite the lack of political dialogue (lack of maturity), there has always been consensus when it comes to European integration; for every government in place, the main priority has been European perspective and so far, this has been accompanied by the popular support; 2. The support of population or the so-called Euro-optimism has been very strong for long time. But, this has not remained the same, showing a decrease of it into 77.1% compared to 85% in 2013. [5]

For Albania it is very important to show up as an added value for European Union, as a country that is moving forward in the European perspective; at the same time, Europe has to continue to show up its positivity as the Albania’s natural “home/house” as well as Albania’s final destination.

[1] Immigration from these two countries seems to be more problematic compared to the one from Albania.

[4] The Ucraine is a strong case European Union has to consider in order to “open the door” to the countries that aspire the integration into EU.