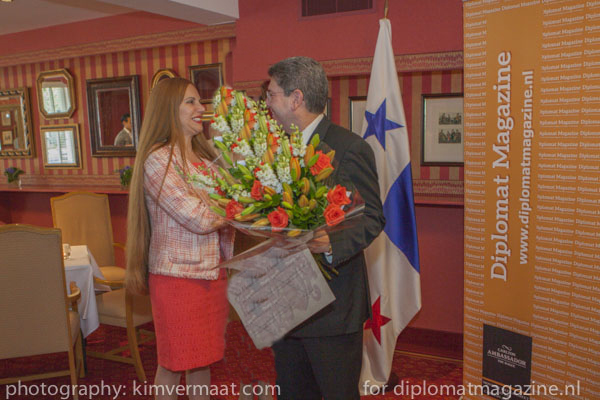 The parting Ambassadors of Georgia, Honduras and Panama were the first recipients of the Certificate of Merit. The Certificate of Merit is an  initiative of the Diplomat Magazine awarded to parting Ambassadors in recognition of their outstanding contribution in enhancing the bilateral ties between their countries and The Kingdom of the Netherlands and in gratitude for their support of the Diplomatic Community and Diplomat Magazine. 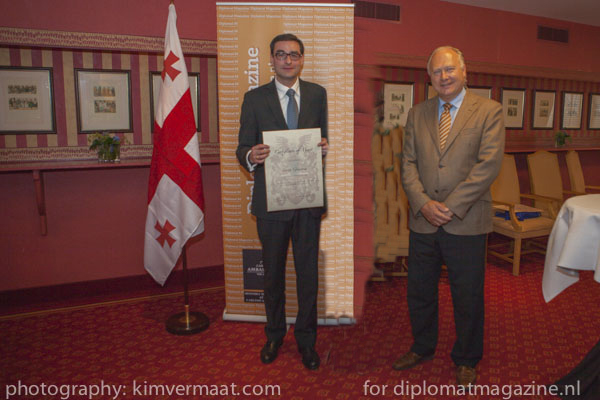 Ambassador José Manuel Téran Sittón of Panama,  Ambassador Mauricio Ricardo Aguilar Robles of Honduras  and Ambassador Shota Gvineria of Georgia  received their certificates at a private ceremony at the Carlton Ambassador Hotel last Friday 20 June, 2014.  The second group of parting Head of diplomatic Missions will receive the Certificate of Merit in July at Carlton Ambassador.

The certificates were designed with a background image of the coat of arms from the traditional Stokbroekx family. Mr. Marc Stokbroekx, currently CEO for Diplomatic Card, attended the ceremony and offered a historical description of the coat of arms. Diplomat Magazine will be officially presenting this special recognition to ambassadors before leaving the Netherlands. 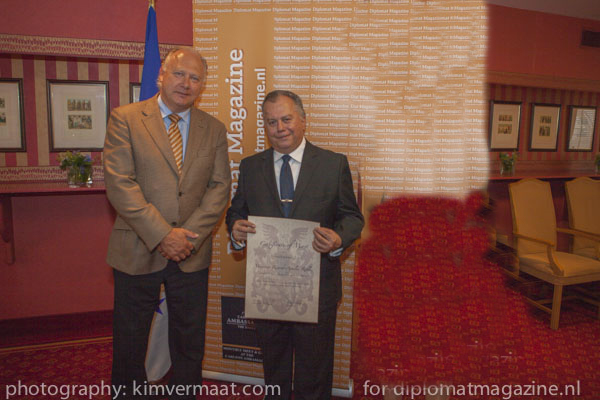 The coat of arms of the Stockbroekx family finds its origin in the combination of the symbols of duke of von Heinsberg and duchesse van Loon, two aristocratic families in 1400. On the left we see a pattern of red and gold stripes which symbolizes the duchesse of the van Loon family. On the right we see a white lion on a red background symbolizing the duke of the von Heinsberg family. Across the two parts there is a blue beam which is known as the symbol of the “recognised bastard stripe”. This indicates that the descendant Johan van Stokbroekx born in 1442 of the von Heinsberg-van Loon county was born out of a danish marriage.

This second kind of marriage next to the official one was permitted by the church in order to give the opportunity to aristocratic members to marry out of love. Although it gave no rights to the descendants  of such a marriage. Besides Johan van Stokbroekx also Lennart van Stokbroekx was born from this danish marriage. So their parents could give their two sons the privilege to wear the coat of arms of both their families in one coat of arm. As the descendants had no rights althus also no right to wear the name of their father, the parents  had to give them an new name which became “Stokbroekx”. 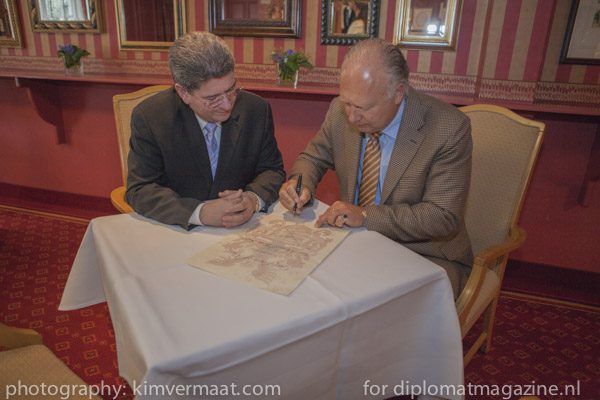 This name was linked to the area which was given to their son Johan van Stokbroekx. So the name consists of two parts of which “stock” stands for property and “broek” for swamp, referring to the area which was given by the father, the duke of von Heinsberg, where Johan van Stokbroekx lived. With the stok (stick) in the old ages people indicated their property. So Johan van  Stokbroekx owned this area where there were a lot of swamps. This area is also known under the name of Kessenich in Limbourg close to the three country point of Belgium, Holland and Germany. Since his parents were both aristocrats and Johan van Stokbroekx was a recognised bastard, all his descendants have aristocratic roots and are referred to as root aristocracy.

Hendrik Stockbroekx who moved in the beginning of the 20th century from Kessenich to Antwerp, is one of the direct descendants of Johan van Stokbroekx.

Here below, the coat of arms of the Stokbroekx family, which is serving as background image in the Certificate of Merit dedicated since now on to every parting ambassador.

A long history in the tax-free business

The Stockbroekx family has already a long history in the tax-free business. It all started with Marc Stockbroekx’s grandfather Hendrik Stockbroekx who decided to move from Kessenich to Antwerp in the 1920s and to marry Martha Daeseleire the only daughter of an old  and well known Antwerp family. The couple was very entrepreneurial and they started up various businesses. One was the delivery of tax-free goods to vessels in the port of Antwerp. At that time the family already had good international relations among others with Spanish and Greek families who were also active in the maritime business.

With the Vienna Convention on Diplomatic Relations in 1961 a whole new market emerged. The family decided to focus on this niche market by supplying tax-free goods to diplomats. Today Marc Stockbroekx , who is the third generation that is active in the tax-free business, continues in this niche market. At its helm, the company was modernized and he brought the company into the 21st century by launching an electronic Diplomat Card automating and digitalizing the procedures for diplomats by means of a postpaid Fuel card and VAT free card which were invented by Marc Stockbroekx. It was then decided to reinforce the relations with the Greek family Arvanitis. Manolis Arvanitis, the oldest son of the family, who has also been active in the tax-free business for many years, was invited to become the General Manager of the company Diplomatic Card.

Marc and Manolis form the axe of the development of the company now. 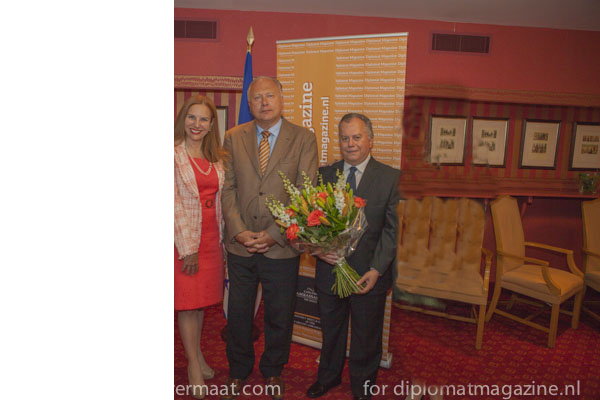 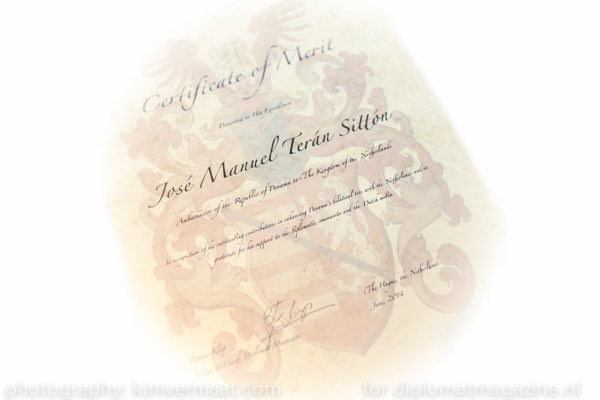 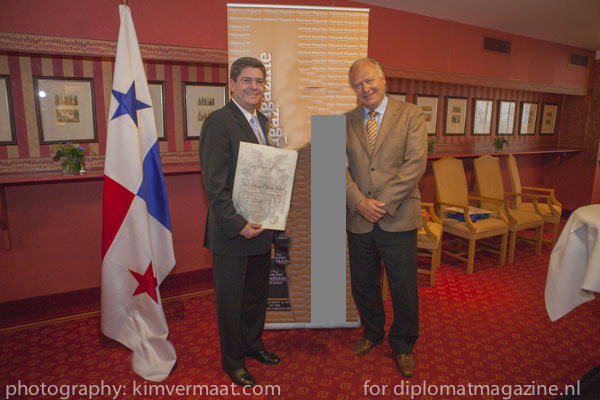