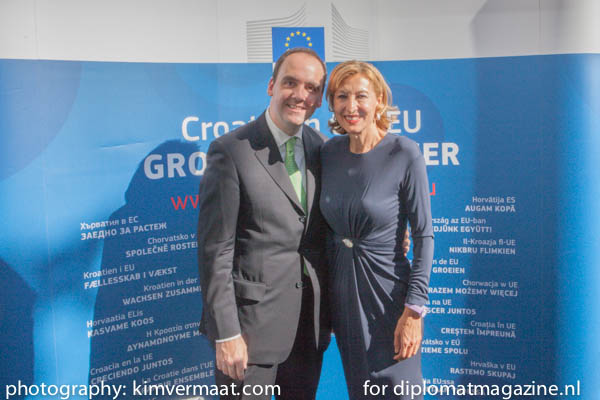 Please take a look at the complete set of beautiful pictures by clicking here: https://www.flickr.com/photos/121611753@N07/sets/

Indeed, one year ago, on July 1st, the Republic of Croatia became an official member state of the European Union after a demanding process that took more than 10 years to be completed.  H.E. Mrs. Vesela Mrđen Korać and Mr. Marko Korać, Ambassador of Croatia and her spouse, commemorated the achievement of this important strategic goal by hosting this month’s Meet & Greet. 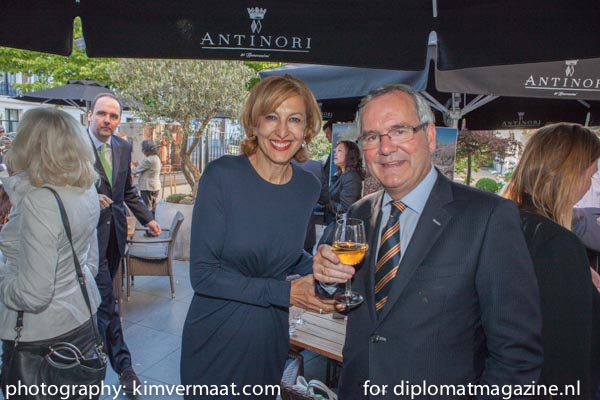 In the warm evening sun, the outside terrace of the hotel was packed with friends of the Croatian Embassy and other diplomatic missions in The Hague, as well as several people who had played key roles in the preparations and negotiations towards the EU membership, such as laywers, consultants, special advisors and members of Parliament. The Croatian Embassy proudly offered culinary specialties from the country to their esteemed invitees who, upon arrival, could choose between red, white or rosé wine from various parts of the country, as well as delicious cold cuts, such as “Pershut”, a cured ham akin to the Italian prosciutto, Kulen, a sausage similar to Spanish chorizo and Poli salami.  For the sweet teeth there also were elegant boxes of hazelnut almond nougat on every table, while women dressed in typical Croatian costumes from the region around Zagreb carried around different flavors of ice cream, certainly a favorite among the guests.

The conversations were lively, the mood was celebratory and the atmosphere was as warm and welcoming as the country itself!  It was another very successful evening organized by Diplomat Club The Hague and Diplomat Magazine in collaboration with a local embassy and distinguished sponsors.   In August we will take a break, but look forward to welcoming you again at the next Meet & Greet in September offered by the Embassy of …   Stay tuned to find out! 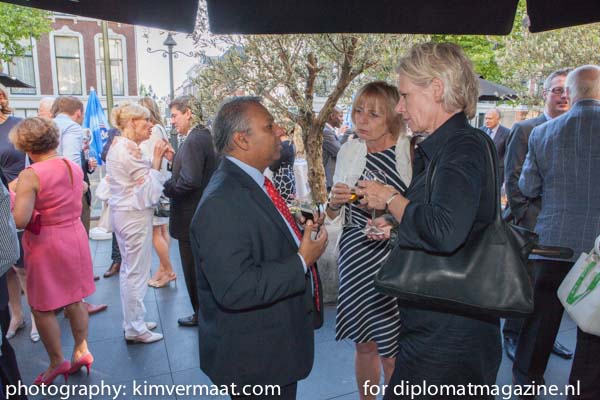 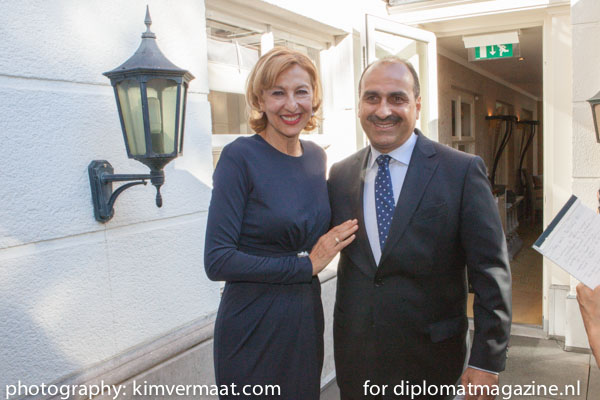 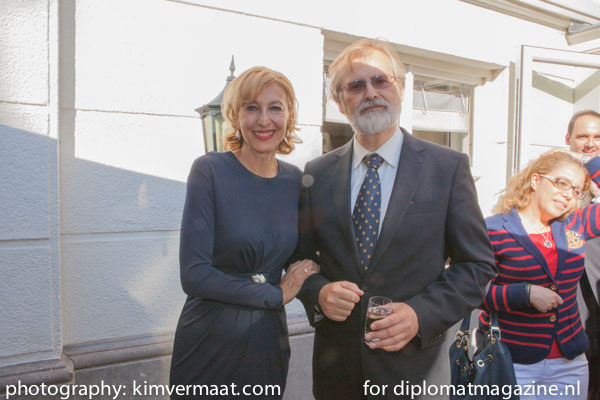 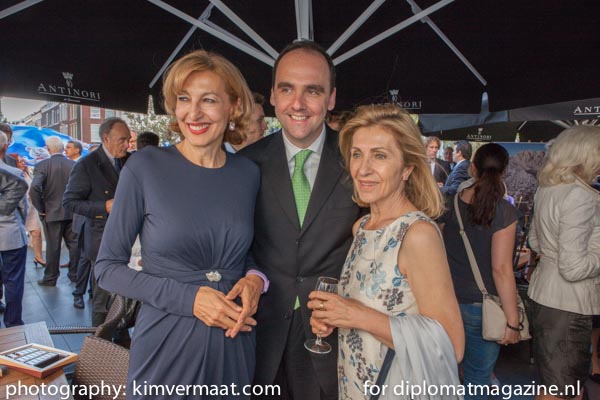 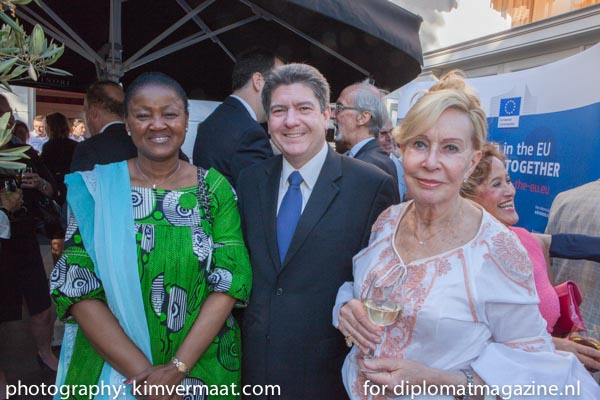