The history of Herring 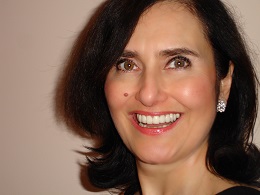 During the last couple of weeks a number of Herringparties  were held across the country. Varying in scale, venue, prestige and number of guests, the average  Herringparty in The Netherlands serves two purposes: Sampling the new herring and socializing in a sophisticated manner, with ladies wearing hats and the guests sipping champagne. Perhaps unknown to non-Dutch nationals, attending a Herring Party does not mean tilting one’s head backward and more or less slurping up the herring. Granted, this is the way it is generally eaten by the Dutch, but at the Herring parties the fish is usually served in a more elegant way, neatly cut up in small pieces and served up with chopped, raw onions. However, as already mentioned, attending a Herringparty is as much about meeting interesting people as it is about eating herring and most would argue the former is paramount. The Dutch  have been eating raw herring for hundreds of years and to understand this  Dutch tradition we have to go back in time, to the Middle Ages to be exact, which is when the Dutch herring fisheries  were Europe’s  largest fishery with the fishermen operating sophisticated vessels and immediately processing the catch on board. This was done by soaking the herring in a  salt solution, called brine. This process, which was developed by the Dutch, enabled them to market and sell the herring all over Europe, earning them a strong reputation as fishermen. Herring is caught in the North Sea  between the end of May and the beginning of July. Although the rather slippery, raw fish may not appeal to most foreigners, much can be said in favor of its health-benefits, as herring contains a substantial amount of the healthy Omega 3 fatty acids. Still not convinced to try this Dutch delicacy? Then at least do attend one of the many Herring parties held across the Netherlands, if not to eat herring, then to meet some interesting and distinguished people.