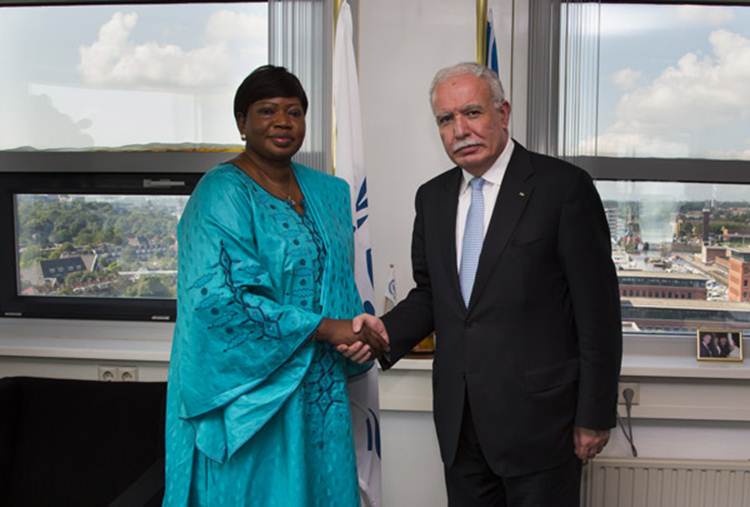 The 5th of August 2014, the Prosecutor of the International criminal Court (“ICC” or the “Court”), Mrs Fatou Bensouda received H.E. Mr Riad al-Malki, the Foreign Minister of Palestine at the Seat of the Court in The Hague following a request by the Minister for a meeting.  At the meeting, Minister al-Malki expressed serious concerns over the latest conflict in Gaza and requested clarifications on different mechanisms for a State to accept the jurisdiction of the ICC and generally regarding the legal framework of the Rome Statute.  The meeting focused on providing those clarifications.

Palestine is not a State Party to the Rome Statute; neither has the Court received any official document from Palestine indicating acceptance of ICC jurisdiction or requesting the Prosecutor to open an investigation into any alleged crimes following the adoption of the United Nations General Assembly Resolution (67/19) on 29 November 2012, which accorded non-member observer State status to Palestine.  Therefore, the ICC has no jurisdiction over alleged crimes committed on the territory of Palestine.