The Matrimonial Diplomacy of the Grand Ducal House of Mecklenburg 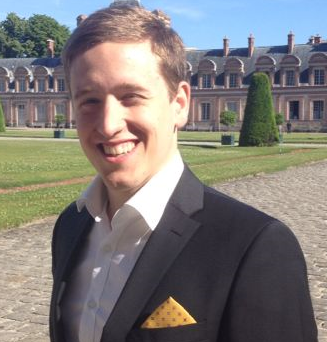 By Michael Duke of Mecklenburg

To introduce the House of Mecklenburg (-Strelitz), one has to know that it is of Slavic decent; the only one amongst the formerly reigning German princely houses.

The line Mecklenburg-Strelitz had great difficulty to find its way, due to the burning down of their first castle in Strelitz in 1712, creating a great amount of debt. As it was a small state of approximately 3.000 square kilometres, it was not politically important and had only a little income. Nonetheless, at the end of the 18th century the situation changed dramatically. Duke Carl (1741-1816) became an influential prince of the Holy Roman Empire through par alliance. His sister, Duchess Charlotte of Mecklenburg-Strelitz (1744-1818) married King George III. of Great Britain, Hannover and Ireland (1738-1820). Later his own daughters Luise (1776-1810) and Frederike (1778-1841) married the crown prince and later King Friedrich Wilhelm III. of Prussia (1770-1840) and his brother Friedrich Ludwig. However, later Frederike married Ernst August (1771-1851), later King of Hannover. The Congress of Vienna raised the Mecklenburg-Strelitz monarch to the rank of Grand Duke on June 28th 1815. As Grand Duke Carl died in 1816, his son Georg (1779-1860) continued the line.

Grand Duke Georg’s children further enlarged the importance. His second son, Georg August (1824-1876) married into the Russia Imperial Family becoming son in law of Grand Duke Mikhail Pavlovich (1798-1849), brother of Emperor Nikolas I. of Russia (1796-1855). Georg August’s brother, the Hereditary Grand Duke Friedrich Wilhelm (1819-1904) married the Princess Augusta of Cambridge (1822 –1916), granddaughter of the British monarch George III. – further deepening the ties between Britain and Mecklenburg-Strelitz. At that time, the family became well off becoming one of the top ten richest families in Europe.

Studying the connections to other reigning houses gives an impression of the diplomatic relevance of the Mecklenburg House.

The territorial sovereignty was lost party in 1871, completely in 1918. The Grand ducal family of both lines were exiled in Denmark and went back to Mecklenburg in the 1920s. In the period of the Third Reich (1933-1945) the Mecklenburg-Strelitz family endured great difficulties again as private property was intentionally burned down by Nazi sympathisers, or bombed during the war. The head of the house (my great-grandfather) was imprisoned in the Sachsenhausen-Concentration Camp (KZ) in 1944. His son was captured (my grandfather) by the Gestapo.

Nonetheless, as the situation has cleared up, the family is again reinforcing old connections as well as making new ones.