The return of KLM to Colombia 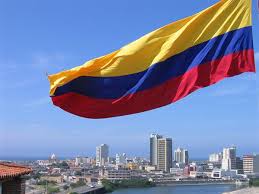 On 17th July, Maarten Greve, Senior Manager of Government & Industry Affairs at KLM, visited the Embassy of Colombia in the Netherlands to inform about the company’s decision to flight back to Colombia with the circle flights Amsterdam – Bogotá – Cali – Amsterdam.

This is evidence of Colombia’s great advancement and the growing relations between Colombia and the Netherlands. As KLM stated, the airline will start to fly on the 31st of March 2015 three days a week (Tuesday, Thursday, and Saturday) by operating a 777-200 Boeing to Bogota and Cali, and will be the only European airline flying to Cali.

The return of KLM in Colombia – who operated the Bogota route from October 1992 until March 1995 – is due to the rapid growth of the Colombian economy, the international impact, and the new image of a more peaceful country with a promising economic future. The operating 777-200 Boeing will have the capacity to have 318 passengers and two types of class services: business class and economy class. The World Business Class or Business Class, will have 35 seats, and the economy Class will have 283 seats, of which 34 are Economy Comfort. The price of the ticket in low and mid-season will be approximately of 1.000 USD including tax (about 1,900,000 COP). Furthermore, KLM will transport as cargo perishable products such as flowers and vegetables, and products related to the sugar industry.

It will also transport imports that can benefit the country , such as spare machinery parts for the sugar industry. The airline highlighted the importance of flying to Cali due to its proximity to the Buenaventura port and the coffee zone.