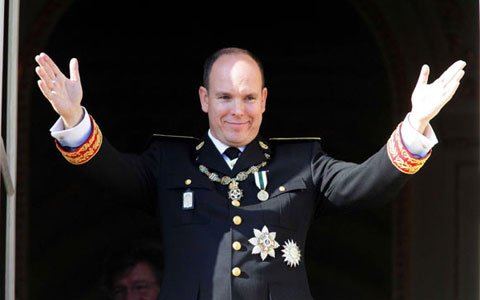 Mid-July 2014, H.E. Ambassador Gilles Tonelli representing His Serene Highness The Sovereign Prince of Monaco organised a reception at the verily princely Residence of Monaco to celebrate the enthronement of H.S.H. Prince Albert II back on 12 July 2005.

The Embassy of the Principality of Monaco is based in Brussels yet accredited to all three Benelux countries. Furthermore the mini-state has three honorary general consulates located in The Hague, Amsterdam as well as Rotterdam.

The reception was extremely well-attended by heads of missions to the Benelux countries, to the EU, NATO and the international organisations in The Hague and Brussels.

His Serene Highness Prince Albert II of Monaco paid an official visit to The Netherlands in May 2014 to open an exhibition about her late mother, Princess Grace at Het Loo Palace in Apeldoorn. Thereafter he was welcomed by Their Majesties The King and Queen of the Netherlands, Prime Minister Rutter and the Chairpersons of the States-General. Sovereign Prince Albert II is Head of the House Grimaldi which has reigned with but a few interruptions over Monaco since 1297.