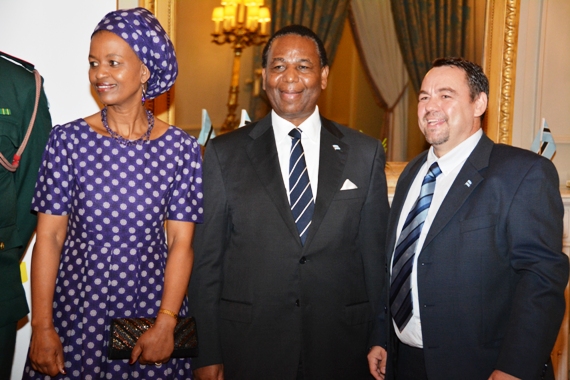 The Embassy of the Republic of Botswana to the Benelux countries, the EU and the OPCW, celebrated the 48th anniversary of its independence with pomp and elegance at the Concert Noble in Brussels on 30 September 2014. H.E. Ambassador Samuel Otsile Outlule selected one of the EU capitals’ most elegant venues for the celebration, the Concert Noble. What is today a banquet and concert hall was in fact established at the end of the XVIII century as a place of reunion for the aristocracy of the then “Habsburg” or “Austrian Netherlands” (today Belgium and Luxembourg). The patrons at the time were the joint regents, Archduchess Maria Christina of Austria, I Duchess of Teschen (1742-98) and her spouse, Prince Albert of Saxony-Teschen (1738-1822). Maria Christina was a sister of Holy Roman emperors Joseph II, Leopold II and an older sister to the disgraced Queen Marie Antoinette of France.

The reception in Brussels was well-attended by the members of the ACP (African, Caribbean, Pacific countries) diplomatic corps as well as by some prominent Botswana business people based in the Benelux countries. The event featured time for networking, mingling, and a rather elegant and palatable three courses sit-down diner. The guests also enjoyed the music of the Brussels Philharmonic during the diner. 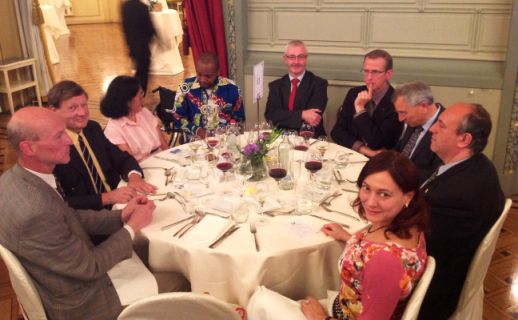 30 September 1966 is the date wherein Botswana officially became independent from the UK after being carved out from the Union of South Africa. An administration for the country was set up in Gaborone, the country’s capital, already in 1955. Botswana’s first president became Sir Seretse Khama served from 1966 to 1980. Under President Khama the country began to modernise swiftly. Today Botswana is proud to be known as the “least corrupted country in Africa” by Transparency International. It stands out for its tradition of democracy and political stability.

Back in June 2014,  Botswana’s Okavango Delta, a vast untouched catchment, was voted in as the planet’s 1,000th UNESCO World Heritage Site. The area is known as the “Jewel of the Kalahari”, and home to staggering flora and fauna. A further reason for all Botswana to rejoice this year.

The Republic of Botswana is represented in Amsterdam by Maria Johanna Ten Holte, Honorary Consul since 2004. The country’s consulate is centrally and ideally located in the Keizersgracht.