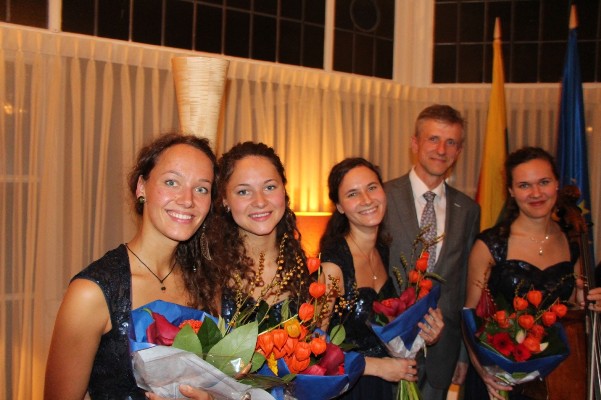 The Chancellery of the Embassy of Lithuania was on 26 September 2014 the venue for a Lithuanian classical music concert. Our host was the Ambassador H.E, Mr Darius Jonas Semaska. Ambassador Semaska is a lover of the arts and it was not the first time that he has hosted a musical concert in The Hague.

The musical programme included masterpieces by Vivaldi, Mendelssohn and Lithuanian composer Čiurlionis amongst others and the amazing musicians impressed the audience by their accomplished performance.

It comes as no surprise that Regnum Musicale took first price at a recent international competition of chamber ensembles, Concourso Ibérico, in Madrid.

For their achievements and their promotion of Lithuanian talent to the world, the musicians received an official message of thanks from Dalia Grybauskaitė and Valdas Adamkus, the current and previous Presidents respectively of the Republic of Lithuania. 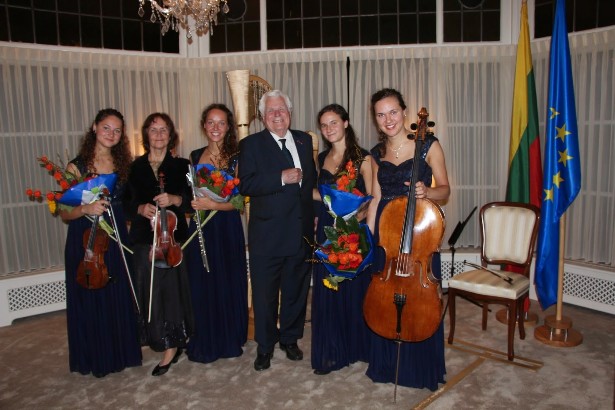