A Huge Diplomatic event for a Small Country 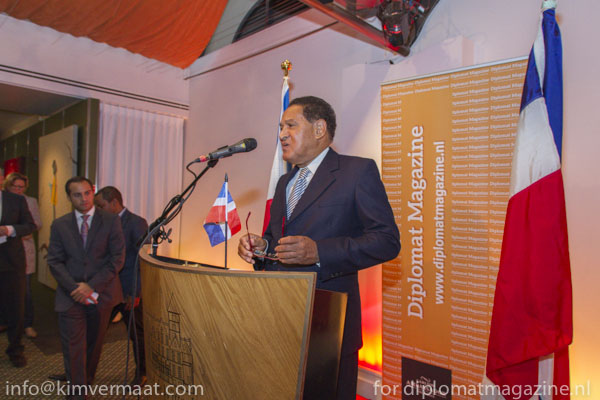 We are honored to have witnessed the opening of Juan Carlos Reyes’ painting works at the Wittenburg last Thursday October 16th. Diplomat Magazine is proud once again to support cultural events as part of our initial policy.  Our policy is enhanced even more when it relates to a small emerging state such as the Dominican Republic. But the success of this recent painting exhibit at the Wittenburg Castle in Wassenaar is the initiative of Dominican ambassador Luis Arias in an effort to place  Dominican Public Diplomacy in a better position in the Kingdom of the Netherlands.    There were over one hundred  distinguished guests, including many ambassadors, just to mention few, the ambassadors of  Switzerland, Chile, Burundi, Venezuela, Kosovo and Angola.  Six judges of different tribunals and international courts were also present. Mr. Jan Hoekema, Mayor of Wassenaar addressed a welcome speech, followed by Dominican Ambassador Luis Arias and Mr. Ludwig Garcia, CEO of the Dominican pharmaceutical corporation, Laboratorios de Aplicaciones Medicas (LAM), sponsoring the exhibit  together with Diplomat Magazine. Mrs. Ana Ferrand, 1st Secretary and Dr. Eugene Matos, Minister Counselor at the Dominican Republic Embassy (currently Honorary Associate Publisher of Diplomat Magazine), Ludwig Garcias, his wife Raquel Lumbrano de Garcia and Juan Carlos Reyes, were part of the line of reception together with His Excellency Ambassador Luis Arias.  It was successfully covered by the Dutch press, including the renowned The Hague-based journalist Leo van der Velde in his last Friday column, click here to access the article: Dutch.press.article 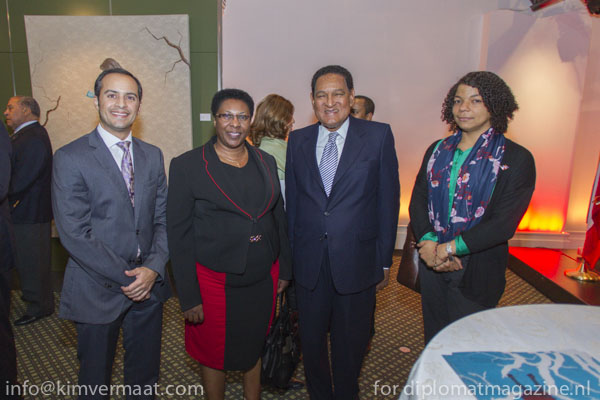 The Wittenburg personnel were extremely attentive throughout the event, ensuring that everything went smoothly. In attendance were those at the heart of the scene: diplomats, photographers, lawyers, professionals and volunteers. Juan Carlos Reyes, the Dominican painter, was born in Santiago de los Caballeros , Dominican Republic . From an early age, he showed great interest in the visual arts. At 20 Juan Carlos started training with famous professor Chiqui Mendoza. He held his first exhibition in “La Casa de la Cultura” in Santiago de los Caballeros.  A year later he began studying architecture at the University of Santiago UTESA, but he interrupted his studies to dedicate his life to painting.

Juan Carlos will be heading now to the United Kingdom in November, after receiving an invitation a week ago from the Dominican Republic Embassy in London. 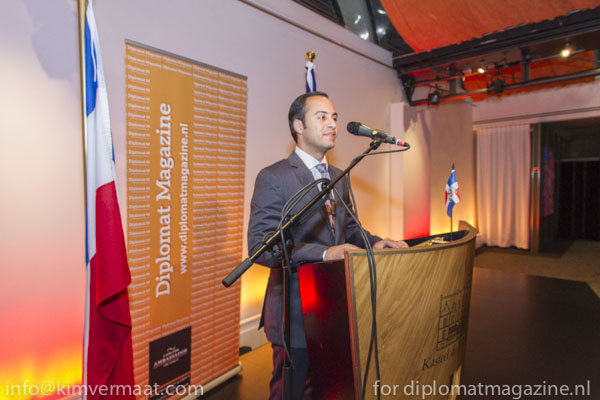 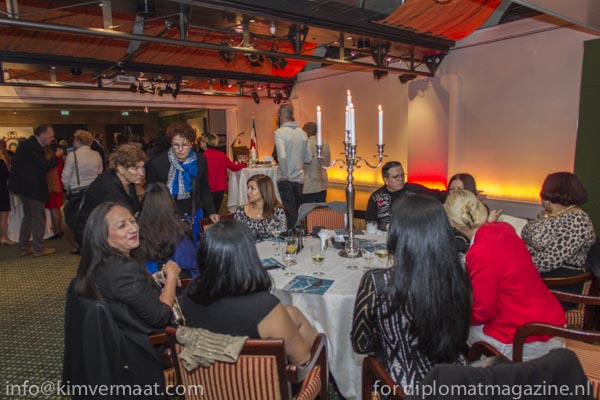