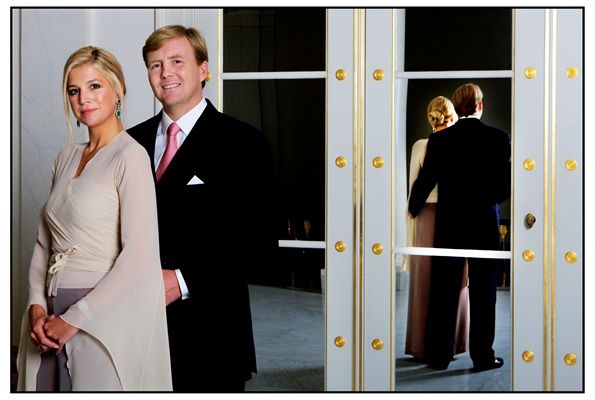 Their Majesties The King and Queen of the Netherlands have embarked on a State Visit to Japan at the invitation of the Nipponese Government between 29 and 31 October 2014.

The Dutch royals were welcomed upon arrival in Tokyo by Their Imperial Highness The Crown Prince and Crown Princess of Japan. This is the first time in five years that Crown Princess Masako partakes in a welcoming ceremony of foreign dignitaries. Likewise she is scheduled to attend the State Banquet offered at the Imperial Palace by His Imperial Majesty The Emperor, a first one in eleven years.

The relations between the Netherlands royal couple and the Japanese Crown Princely Couple are very warm. Back in 2006, Queen Beatrix offered them a home in The Netherlands to facilitate the recovery of the ailing crown princess. The Japanese heirs also attended the investiture of King Willem-Alexander in Amsterdam in 2013. This is the first overseas trip for The Crown Princess in eleven years.