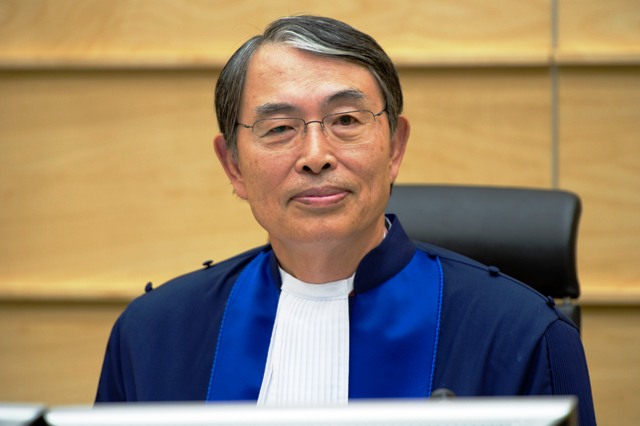 Judge Sang-Hyun Song addressed  the United Nations (UN) General Assembly in his capacity as President of the International Criminal Court (ICC). In delivering the Court’s annual report to the UN, President Song acknowledged the fundamental partnership that exists between the UN and the ICC, as both organizations are “based on the ideals of peace, security and respect for human rights, and the realisation that these goals can only be attained through the rule of law and international cooperation”. He called upon all States to join the ICC, stressing that “the values of the Rome Statute reflect global solidarity and commitment to peace, security and international law”.

President Song detailed developments at the Court over the past year, including the first final judgment, an unprecedented six cases at the trial stage, a new State referral and a ninth investigation, the first proceedings concerning allegations of witness interference, and the acceptance of the ICC’s jurisdiction by Ukraine. Along with its judicial work, the Court is evolving institutionally, undertaking reforms and streamlining processes.

President Song reminded the Assembly that the strength of the ICC depends on the cooperation and support of States. He acknowledged the significant contributions of many States to the work of the Court, but regretted that requests for the arrest and surrender of 13 persons remained outstanding, some since 2005.

“Nine years at large is an affront to justice, to victims, and to the global community which wants to see those suspected of the most atrocious crimes face the charges against them. But the suspects should not think that they have evaded justice. We have seen fugitives from international tribunals arrested after much longer periods of time”, President Song said.

The President highlighted the Court’s focus on victims, including the assistance provided by the Trust Fund for Victims. He thanked States that have provided donations for the Trust Fund’s important work and encouraged contributions from those that have not done so.

President Song noted that international justice has an impact not only through the deterrence of future crimes, but also by helping spread a culture of accountability throughout the world.

“Instead of being a rare exception, accountability for international crimes has become something that communities, victims and societies around the world expect and demand, in keeping with that resolve which this Assembly expressed four decades ago in its Resolution 3074”, he said, adding that “the perpetrators of mass killings, deportation, attacks on civilians and rape as a weapon of war can no longer count on impunity”.

Although challenges lie ahead, President Song maintained that the rule of law is the key to the protection of human rights and the assurance of sustainable peace. He asked all States to consider joining the Rome Statute – ICC’s founding treaty – urging them to “give the gift of hope to the children, men and women of tomorrow”.