Willem I honoured in Germany 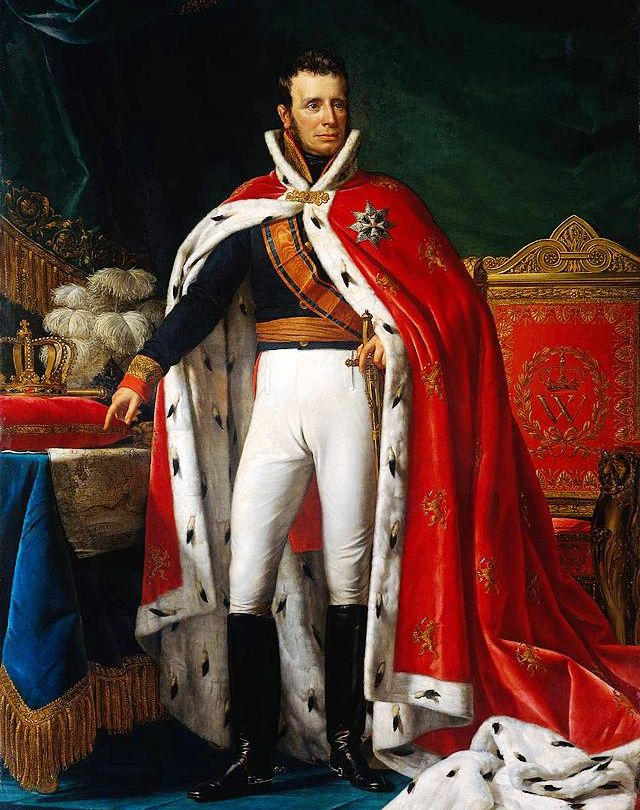 First Dutch king, Willem I has been honoured in the City of Fulda, Federal State of Hesse in Germany.

It is little known that before becoming the very first King of the Netherlands and Grand Duke of Luxemburg, Willem I, was the “Sovereign Prince of Fulda”. The Principality of Fulda was carved out of the Nassau lands in today’s Hesse to compensate the then Prince Willem VI of Oranje for the lost his governorship over the Dutch states. Willem I thus reign as “Fürst von Fulda nebst Corvey” from 1802 to 1806 under the name Wilhelm Friedrich. His reign was an ephemeral one as his princely throne was overtaken at Napoléon I’s behest after the Wilhelm Friedrich was defeated at the Battle of Jena in 1806.

To reminisce the brief reign of Wilhelm Friedrich of Fulda the city unveiled a monument depicting the a copper likeness of the Fürst on the Dyba-Allee in the vicinity of the city’s cathedral on 23 October 2014.