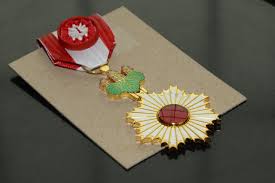 On Tuesday November 25 at 18:00, Professor Mattie  Forrer, a researcher attached to the National Museum of Ethnology and former professor at Leiden University, will received an imperial award during a ceremony at the residence of the Japanese Ambassador.

Professor Forrer will be distinguished in the name of His Majesty the Emperor of Japan with the Order of the Rising Sun,  golden rays with cravatte and rosette. This honor represents a recognition for  his outstanding contribution in promoting Japanese arts   in the Netherlands.