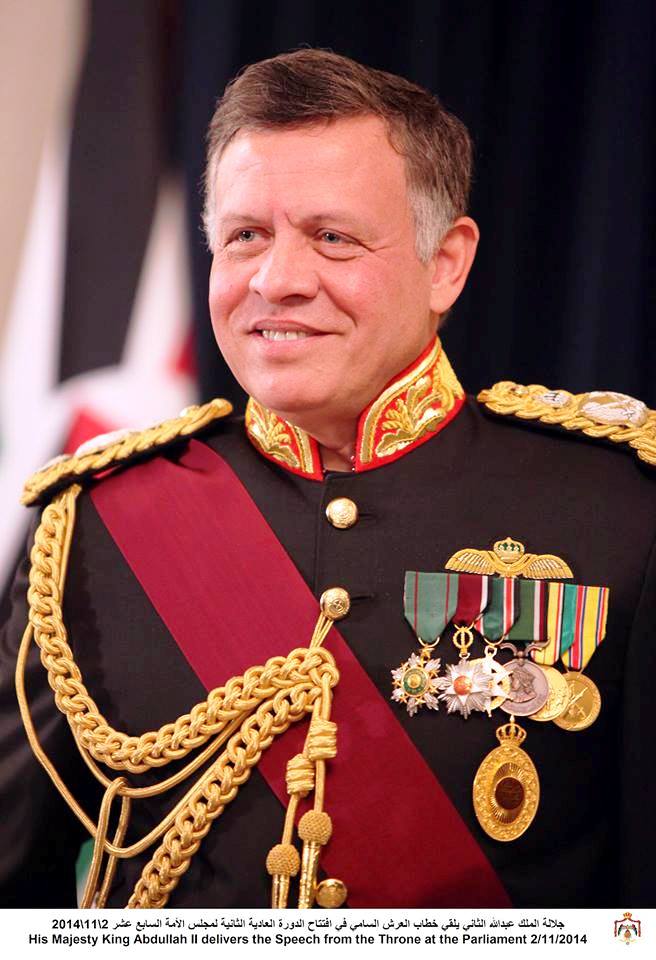 His Majesty The King of the Hashemite Kingdom of Jordan has opened the second session of the Jordanian Parliament in Amman on 2 November 2014.

In his Speech from the Throne King Abdullah II asseverated that Jordan shall protect the holy sites of Muslims and Christians in Jerusalem, in particularly the al-Aqsa Mosque which is under Jordanian control since 1967 after the expansion of Israel to Eastern Jerusalem. The monarch promised to use all the necessary means available to protect the worshiping of Christians and Muslims against the intervention of Israel. Israel unilaterally decided to close up the place last 30 October 2014.

Tensions have risen between Jews praying in and about the place, and Muslims. The area located in the Old City of Jerusalem is considered to be the third holiest in Islam but it is likewise holy in Judaism as the place where their main Temple stood before it was destroyed by the Romans in 70 CE.

The Hashemite Kingdom of Jordan and the Arab Republic of Egypt are the only two Arab states which have signed peace treaties with Israel. Jordan is ruled since 1921 by the House of Hashim (Al Hashemi) which originally ruled the Hejaz in today’s Saudi Arabia but lost it to Ibn Saud in 1925. The members of Al Hashemi are deemed as direct descendants of the Prophet Mohammed. Thus making King Abdullah II 43rd generation descendant of the aforementioned prophet.

Jordan has a mission in the The Hague (HE Ambassador Ahmad bin Jalal bin Said Al Mufleh), and a separate mission to the EU, Belgium, Luxemburg and even Norway from Brussels (Ambassador Dr Montaser bin Jafar Abed Al Karim Oklah Al Zou’bi)