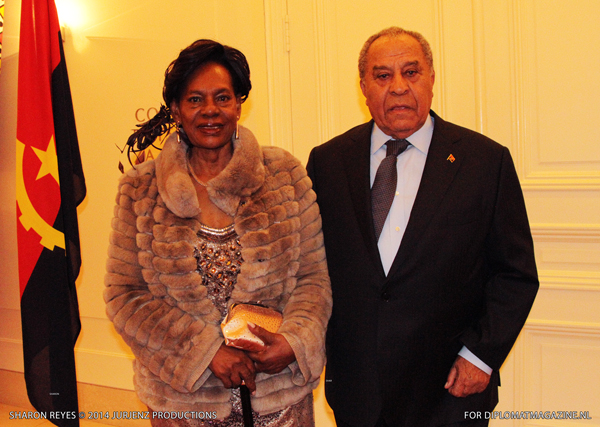 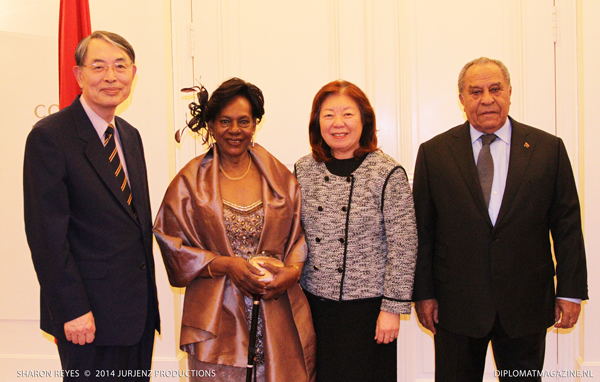 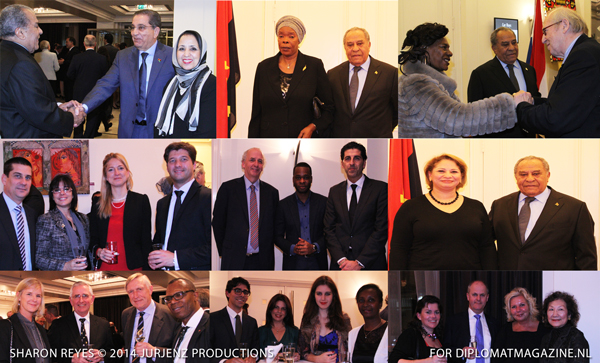 It was a splendid celebration of the independence day of Angola to which H.E. Mr. Luís José de Almeida invited on the 11th of November 2014. The “Grand Hotel Amrâth Kurhaus” at the seafront of Scheveningen was a well-chosen, gorgeous venue for these extraordinary festivities, which were for the last time hosted by H.E. Dr. de Almeida.

The Portuguese arrived in Congo in 1482, bringing firearms and Christianity in exchange for ivory and slaves. Due to internal conflicts and the occupation of Portugal by the Spanish, they struggled to keep control of the area. After a brief period of Dutch occupation, Brazilian forces reconquered Luanda, the capital of Angola, thus facilitating a new influx of the Portuguese and commencing an era of Angola being a colony of Portugal. In the second half of the 20th century, however, nationalist sentiments arose in the colony and an anti-colonial opposition formed. After more than a decade of fighting, Angola won its independence on the 11th of November 1975, putting an end to more than four centuries of colonial existence and marking the advent of the Angolan nation state.

This glorious day of independence to which H.E. Dr. de Almeida actively contributed as one of the leaders of the opposition, was the occasion on which many hundred guests gathered in the “Grand Hotel Amrâth Kurhaus” and spent a diversified and enjoyable evening. H.E. Dr. de Almeida opened the evening with a speech in which he looked back at his time in The Hague and stressed the vital as well as important relationship between Angola and the Netherlands. Following the indulgence in a flavourful dinner the guests gazed at a marvellous dance and music presentation by the Angolan group “Bunga”, who came from Angola exclusively for this one performance. Many people eventually joined the dance, giving the evening a joyful ending.

On behalf of the team of Diplomat Magazine I would like to thank H.E. Mr. Luís José de Almeida for this wonderful evening as well as for the fruitful and pleasant cooperation during his stay in The Hague. We wish him all the best for his new placement in Portugal.