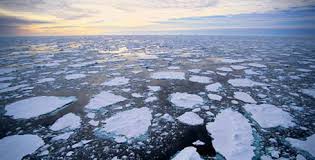 Climate change is among the most urgent problems affecting the world today. According to the Fifth Assessment Report of the Intergovernmental Panel on Climate Change (IPCC), the concentration of greenhouse gases in the atmosphere is the highest in the last eight-hundred thousand years and, between 1880 and 2012, the temperature of earth’s surface and oceans has risen by almost 1° C. There is little time to step in and keep global warming below the 2° C-border, a point of no return for a process in which human footprint is the main cause.
IPCC warns that, if the current change of the climate continues in the next forty years, the process becomes irreversible unless greenhouse gas emissions are drastically cut. The report, produced by eight hundred and thirty scientists worldwide, is the most comprehensive appraisal of climate changes yet undertaken and will be the framework in which international decision-makers will shape policies and conceive visions for the 21st session of the UN Conference of the Parties on Climate Change (COP21) taking place in December 2015 in Paris, where a new global agreement on climate management is expected to be adopted. The goal of the Conference is to achieve, for the first time in over 20 years of UN negotiations, a binding agreement on climate management from all the nations of the world. It will take the form of a protocol, an agreed outcome with legal force, relevant to all Parties. The agreement will be fully implemented from 2020 onward and will, hopefully, bear many positive effects. In a similar spirit, on November 12th, 2014, the US and China have signed an agreement to stop the growth of the carbon-emission by 2030.
However, tackling climate change is a difficult task calling for a measure of decisiveness humans have repeatedly failed to muster. Since the 1990s, governments and international institutions have made a number of fruitless efforts to promote environment-friendly practice and means but, after years of spreading knowledge, today’s public awareness is only a few percentages higher than in 1989. Yet, engaging people on a personal level is integral for whatever global action.

After the release of the IPCC report, John Kerry, the US Secretary of State, spoke about catastrophe, danger, and dramatic consequences for the future generations. When questioned about the roles of US and China, the world’s biggest polluter states, he called for a collective action as “no single country causes climate change, and no one country can stop it.” Here Kerry fails to engage the individual, as he only frames climate change in a long-term and global perspective. Furthermore, as a recognised world-leader, Kerry’s words are disseminated through the ordinary media platforms without much critical approach; thus the individual becomes alienated from the issue at hand without a deeply-rooted motivation to engage personally in the public sphere in the name of climate change.

First and foremost, climate change needs a social change: it is a global concern requiring both local and personal solutions. Without widespread voluntary participation, with no ordinary common sense and active citizenship, regulations, investments and mobilisation, all campaigns are doomed to fail. The problem-assessment needs wider social commitment through targeted actions aimed at enhancing public awareness: a skilfully executed communication that play well in mobilizing and sustaining civic action, in building a community that acts on res publica.
In order to implement this transformation, people need not reduce living standards or lose available options. Humankind does not lack in knowledge, capital, and technologies to make the transition to a more climate-friendly economy and lifestyle: the instruments for a new environmental energy policy are already in place. The core of the problem lies with the political will, and with the inadequate translation of the point of no return, the 2° C-border, into a need for mandatory global commitment.
Media should investigate climate change as a procedure to resolve the problem of future living conditions, stimulating people to build their own society they actually want to live in. Rather than pointing to drastic global slashes, dangers, and threats, the media should positively promote sustainable innovations. By facilitating public acceptance of regulation while stimulating grass-roots’ actions, a valid communication strategy can reconcile the top-down and bottom-up approaches regarding climate issues, synchronising the actions of decision-makers with the global community.