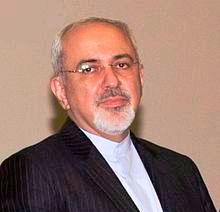 Editor
DIPLOMAT MAGAZINE “For diplomats, by diplomats” Reaching out the world from the European Union First diplomatic publication based in The Netherlands Founded by members of the diplomatic corps on June 19th, 2013. Diplomat Magazine is inspiring diplomats, civil servants and academics to contribute to a free flow of ideas through an extremely rich diplomatic life, full of exclusive events and cultural exchanges, as well as by exposing profound ideas and political debates in our printed and online editions.
In a letter to his counterparts, Iranian Foreign Minister Mohammad Javad Zarif briefed them on the latest developments in the negotiations between the Islamic Republic of Iran and the P5+1 Group on Iran`s peaceful nuclear program.Iranian Foreign Minister said, “My delegation has engaged in these talks with the firm mandate and strong political will to reach a comprehensive agreement. We have clearly demonstrated that we are prepared to accept a rational and fair agreement based on mutual respect and interest, in the same manner as we resist and reject arbitrary, degrading and unlawful demands. We have tried to be creative and innovative and have offered solutions.”He added, “In our Joint Plan of Action, we envisaged a common goal for these negotiations: To reach a mutually-agreed long term comprehensive solution that would ensure Irans nuclear program will be “exclusively peaceful” and “would produce the comprehensive lifting of all UN Security Council sanctions, as well as multilateral and national sanctions related to Irans nuclear program.”

Zarif said, “Achieving the first objective is not difficult, because Iran does not want or need nuclear weapons. In our view, nuclear weapons are obsolete tools of the past, incapable of providing external security or internal stability. This is especially the case for Iran, which is content with its size, geography, natural resources and human capital, and has not started a single war in the past three centuries. A sober strategic assessment will show that nuclear weapons are detrimental to Irans security.

He added, “Iran also has a solid track record of opposing all WMDs on religious grounds. Ayatollah Khamenei, like his predecessor Imam Khomeini, declared that all WMDs are strictly forbidden by Islam. For this reason, Iran did not use chemical weapons even in retaliation when Saddam Hussein gassed our troops and civilians on a scale not seen since the First World War.”

Part of the letter said, “Moreover, “practical limits” envisaged by JPOA preclude arbitrary limits, which seek to shrink Irans enrichment to a token program. Such is neither practical nor realistic.”

Iranian Foreign Minister pointed out, “The second objective envisaged by JPOA, namely the lifting of all sanctions, is an essential component of any agreement. But some members of P5+1 have become increasingly reluctant to abandon this counterproductive, illegal and inhuman instrument of coercion even at the expense of putting in jeopardy the entire process that provides certainty and assures transparency. Obsession with sanctions has not only obstructed a comprehensive long-term agreement, but also prevented the West from regaining the confidence of the Iranian people even after the adoption of JPOA. While Iran has shown its good faith by completely fulfilling its part of the bargain under the deal, the US and EU have adopted more measures to maintain and strengthen the sanctions regime than to live up to their sanction-easing commitments.”

Iranian Foreign Minister concluded, “I am confident that a comprehensive agreement is imminently within reach. It requires foresight, political will and recognition of realities by our negotiating partners as well as the audacity to make the right choice benefitting the entire global community rather than succumbing to the whims of vocal, but increasingly unpopular, pressure groups and special interests.”