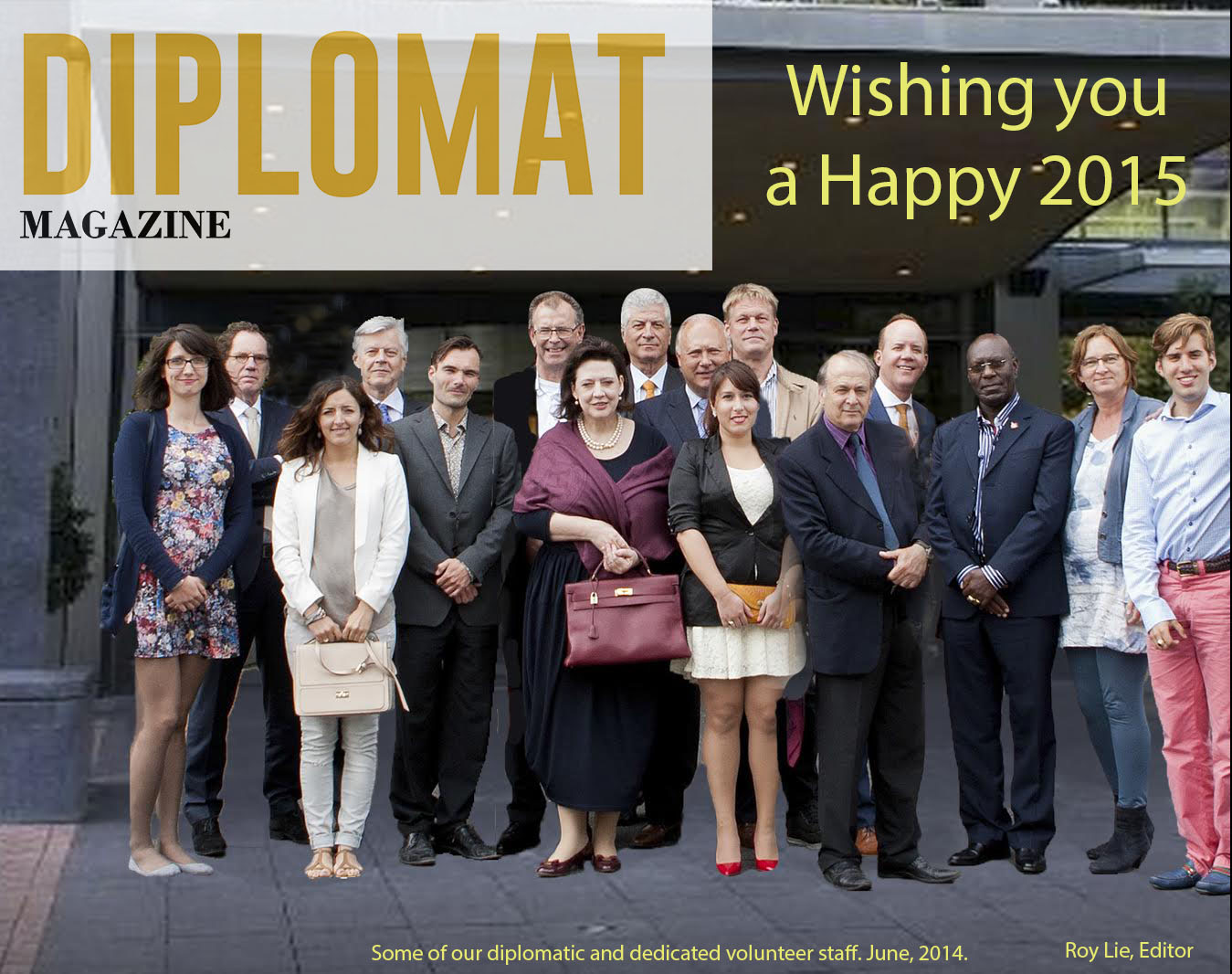 As part of our main policy since our launching at Carlton Ambassador Hotel last year, Diplomat Magazine created the novel project in the Netherlands to invite diplomats and special guests to write for us, unique in this country and Europe. In addition, this is the very first publication that had the idea to combine a magazine together with diplomatic events, to have a regular staff and photographers to report about diplomatic national days and cultural issues organized by diplomatic missions. As we go one step forward, the month of January, 2015 is announced to be the busiest one ever for us, with a series of diplomatic gatherings organized by Diplomat Magazine in collaboration with Diplomatic Card and stakeholders. Our diplomatic mission is manifold, from the academic, cultural and international relations perspective. “This magazine quickly established itself as the leader media covering a wide range of diplomatic events, and thus as the number one consulting media for an overview of the most important diplomatic events in The Hague”, said H.E. Carlos Arguello Gomez, Ambassador of Nicaragua and Dean of the Diplomatic corps, on his welcome letter, page 9, in the first printed version of Diplomat Magazine, November, 2014. https://diplomatmagazine.eu/2014/12/20/diplomat-printed-magazine/

“Diplomat Magazine’s core mission is not only to bring together the diplomatic corps via this very first diplomatic publication in Netherlands’ history, but to offer them the opportunity to write about their achievements or concerns, to organize special events with Diplomat Magazine, to let them meet local entrepreneurs, journalists and other diplomatic colleagues. Last but not least is our task to introduce non-diplomats to ambassadors (local Dutch individuals that have never been involved in diplomacy or international relations) allowing them to contribute with the diplomatic community thanks to the facilities offered to them by Diplomat Magazine since June, 2013”, expressed Dr. Eugenio Matos Gomez during his farewell party organized by ambassadors, diplomats and friends at Carlton Ambassador Hotel in collaboration with World Bel Air Hotel and Crowne Plaza Hotel in December, 2014. https://diplomatmagazine.eu/2014/12/29/les-adieux/

“There is a before and after Dr. Matos’ life in the Netherlands, for us as diplomats in this country”, expressed an ambassador present at the farewell party.

Dr. Matos has recently been posted by his government as Minister at the Dominican Republic Embassy in Buenos Aires, Argentina, leaving Diplomat Magazine with over 60,000 dedicated readers.