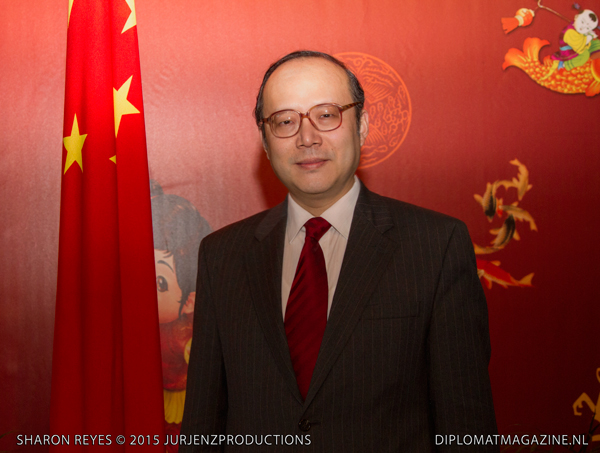 By H.E.Mr. Chen Xu, Ambassador of the People’s Republic of China to the Kingdom of the Netherlands

Connectivity has been the unremitting pursuit of human society since ancient times. ‘Better Roads lead to Better Life’, a well-known idiom in China explains this concept incisively. The Silk Road and Maritime Silk Road closely connected Asia and Europe long time ago, on which many travellers, navigators and explorers, as well as camel teams and fleets with different kinds of commodities busied to and fro. Thanks to these two roads, Asia and Europe learned from each other and promoted their respective prosperity through exchanges.

Today, unprecedented interdependence among countries further highlights the importance of connectivity. Since 2013, Chinese President Xi Jinping has put forward the strategic Initiative ‘Silk Road Economic Belt’ and ‘21st Century Maritime Silk Road’, aimed at bringing relevant countries closer, so as to create and enjoy harmonious and peaceful lives together. This Initiative links Asian-Pacific Region and Europe, sponsors for peaceful development, win-win cooperation, openness and inclusiveness. It inherits spirit of ancient Silk Road, conforms to trend of globalization and desire of common development, and provides an inclusive platform connecting China’s economy and  interests of countries along the belt and the road.

It is delighted to note that momentum between Asia and Europe  for connectivity has been even stronger. In 2013, a three-dimensional network of interconnection and communication has been strengthened through Connecting Europe Facility program. During President Xi Jingping’s historical visit to the EU in 2014, both sides confirmed the great potential to improve their transport relation, and decided to develop synergies between the EU policies and China’s ‘Silk Road Economic Belt’ Initiative to jointly explore common initiatives. Recently, the APEC Connectivity Blueprint has been endorsed in Beijing, which set an vision of achieving a seamless and comprehensively connectivity in 2025.

At the same time, connectivity is getting an increasingly wide support. In June 2014，UNESCO adopted a joint application of China, Kazakhstan and Tajikistan and included East section of the Silk Road in the World Cultural Heritage List. In July, two young men who named themselves ‘Big Holland’ and ‘Small Holland’  started a journey of exchanges from Shanghai in China, they traveled 11 countries along the ancient Silk Road and arrived at their hometown Rotterdam at last in October. In December, the first ‘New Line of YI Wu China to Europe’ train arrived in Madrid, taking 17 days and 13000 kilometers across 12 countries. The train took Christmas gifts from China to Europe and brought back Spanish red wine, olive oil and other European products, which enriched the New Year menu for the Chinese people.

All of these manifest that the One Belt and One Road Initiative is contributing to the connectivity of culture, personnel and trade among relevant countries, and bringing true benefits to people. China is ready to further expand its opening up and share opportunities of development for mutual benefits, and become as supporter, builder and beneficiary of the One Belt and One Road Initiative together with interested countries. As long as China and the EU continue their cooperation in infrastructure construction, regulation coordination and personnel exchange, comprehensive connectivity and common market of Asia-Europe will be realized definitely. It will also deepen the China-EU partnership of peace, growth, reform and civilization. Asian and European countries, like the lights at night, will always be shining and flaming with further promotion of connectivity.