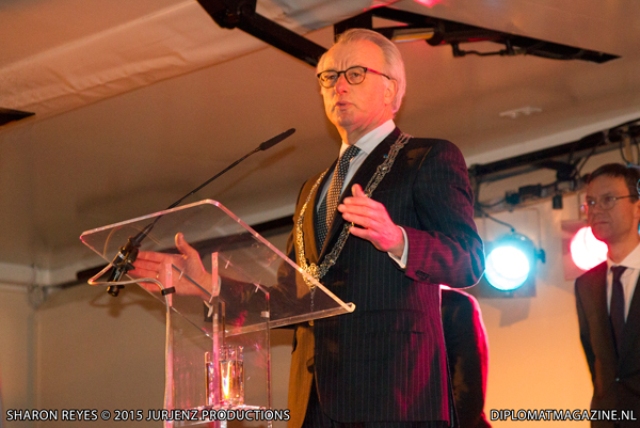 By reciting the Portuguese Jewish philosopher Spinoza’s Ultimi barbarorum, Mayor of The Hague, Mr Jozias van Aartsen opened the manifestation to mark the terrible events that took place in Paris yesterday. Thousands of citizens, including ambassadors, diplomats and the wider international community, responded to the invitation by the city’s corporation and headed to the Plein in downtown The Hague to attend the solemn ”Je suis Charlie”manifestation. 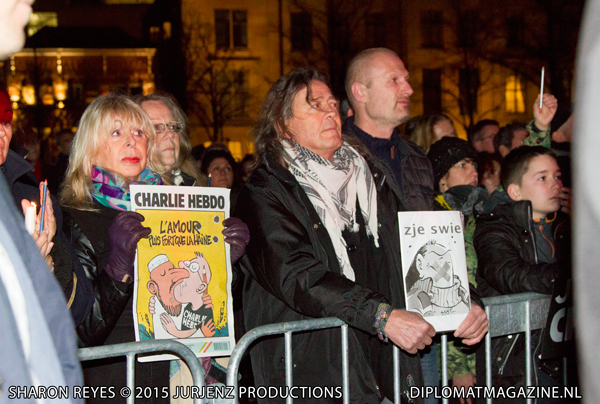 In addition to Mayor Van Aartsen, the journalist Lex Oomkes and Xavier Rey of the Embassy of France delivered an address. The event was concluded by a short march from Plein to the City Hall. Bouquets of flowers were placed in front of the city’s press centre Nieuwspoort en route. 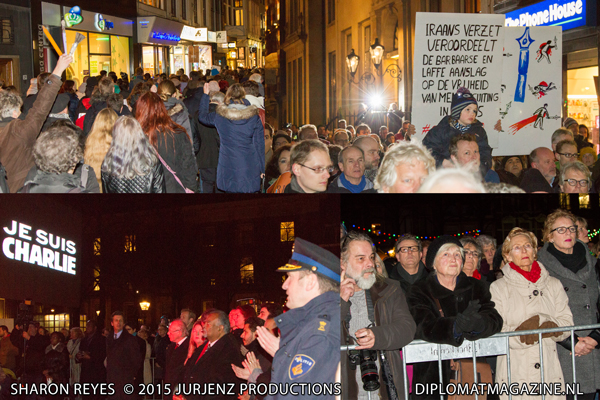 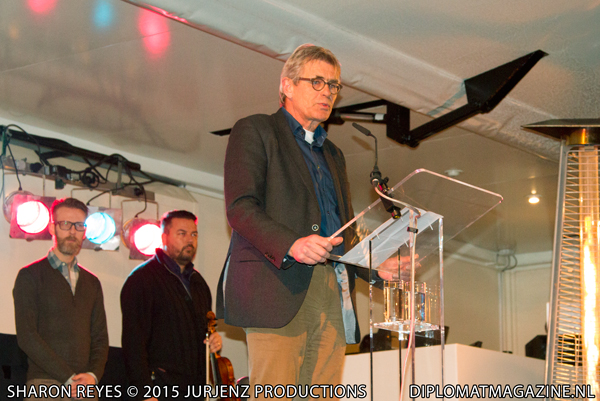