Princely heirs presented to the populace 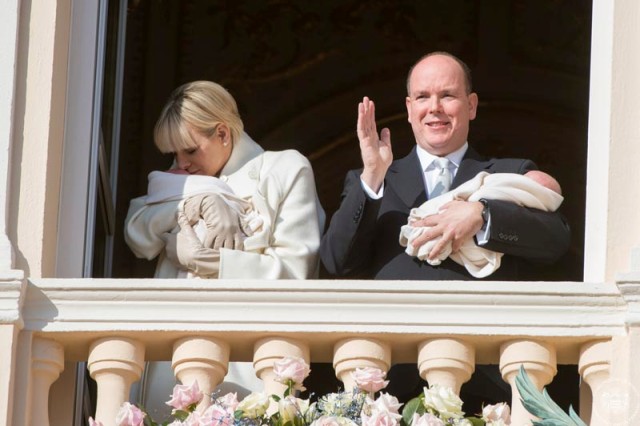 The Sovereign Prince of Monaco and his wife Princess Charlène summoned all their Monégasques subjects and other residents of the tiny principality to the court of the Princely Palace in Monaco to present their newly born twins, HSH The Countess of Carladès, Gabriella and HSH The Hereditary Prince of Monaco, Marquis of Baux, Jacques.

7 January 2015 was declared a public holiday in Monaco for all sectors, so the country’s inhabitants could officially celebrate the birth of the much-desired heirs to the Monégasque throne expected to continue Europe’s oldest still reigning dynasty, the Grimaldi.

As members of a princely ruling house both heirs are styled “Her/His Serene Highness”. Although The Countess of Carladès as the eldest daughter Princess Gabriella has been title is older than her brother by two minutes it is Prince Jacques who becomes the heir apparent by virtue of the semi-Salic law which gives preferences to males over females. Hence he became upon birth The Hereditary Prince of Monaco, and was later granted the traditional title “Marquis de Baux”  in a similar fashion as “Prince/Princess van Oranje” for the Dutch heir apparent. If he accedes to the Monésgasque throne, he ought to be known under the regnal name of Jacques II. 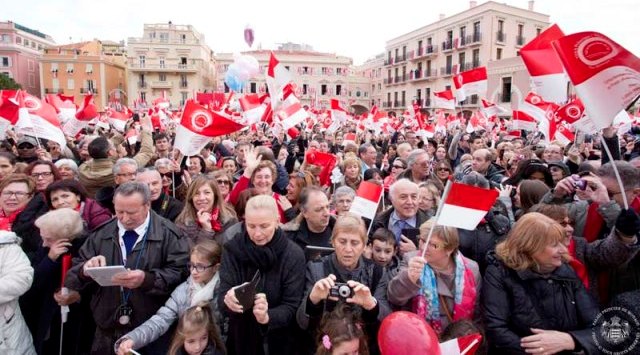