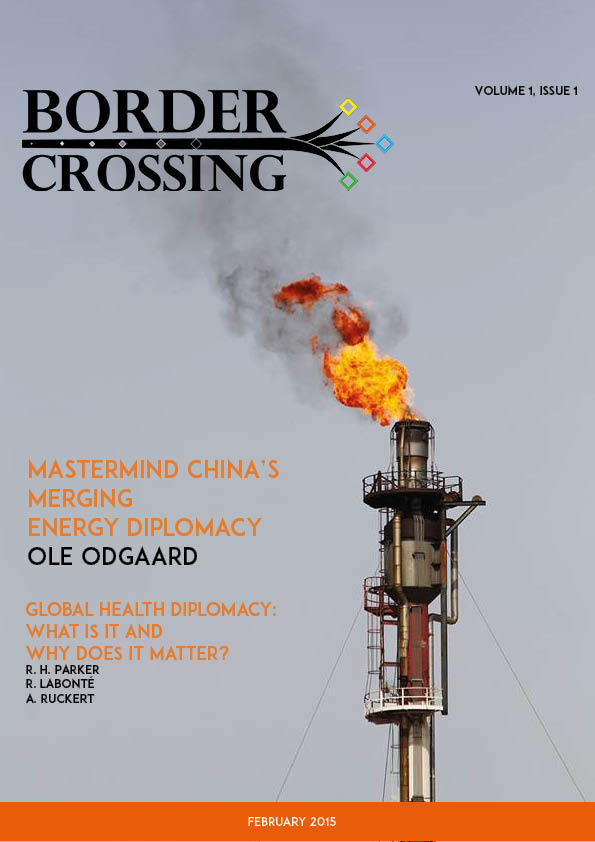 As per Diplomat Magazine’s publisher says, its initial policy and feature also lies on the academic-research sections  known as “Breaking News”, “Diplomatic Pouch”, and the ambassadorial blog at the top of the Web site where ambassadors and dignitaries are regularly invited to write. Moreover, in addition to these sections, in order to benefit the entire diplomatic corps, international organizations, the academia and the public in general, a new academic diplomatic chapter has been added to that list of monthly columns of Diplomat Magazine, called BORDER CROSSING (BC), edited by renowned international affairs & diplomatic researchers volunteering for Diplomat Magazine.

We invite you to take a look at our home page  “Diplomat Magazine Production” section, or simply browse http://issuu.com/diploflying/docs/bordercrossing-ole_odgaard/1   to access Border Crossing. BC Publisher Eugene Matos De Lara (alumni of the University of Ottawa, Faculty of Civil Law and international relations researcher), editors and contributing writers will gather soon in Ottawa, Canada to officially launch Border Crossing in collaboration with Diplomat Magazine. After checking out Diplomat Magazine’s first printed version launched in November, 2014, http://issuu.com/yumipepijnudo/docs/binnenwerk_dm_small it is impressive to read who are its contributing writers, the rich content of the articles, the quality of its graphic design and last but not least the brilliant idea to combine a diplomatic magazine as an event diplomatic organizer, first of its kind in the Netherlands.

“A media leader covering a wide range of diplomatic events…one of the most important feature of the magazine it that it is edited and published for diplomats, a useful tool that facilitates our daily professional work” wrote about Diplomat Magazine on its introductory letter H.E. Carlos Jose Arguello, Ambassador of  Nicaragua, Dean of the Diplomatic corps in the Kingdom of the Netherlands.

Note: Border Crossing was officially launched in Ottawa on 31st, January, 2015 at the impressive Chateau Laurier Hotel, besides the Rideau Canal and Canadian Parliament Hill.