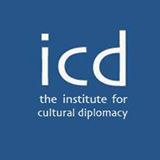 In the current increasingly globalized world, individuals, corporations and governments from across the globe are becoming more integrated than ever before and have the ability to exchange information faster and more efficiently; Thus, inter-cultural relations have become increasingly important in the 21st century. Cultural diplomacy has long been recognized as a prime instrument to promote international links and understanding between countries and peoples; The Institute for Cultural Diplomacy was founded with this aim in mind.

The Institute for Cultural Diplomacy (ICD) was founded in 1999 with the particular goal of promoting global peace and stability by strengthening and supporting intercultural relations at all levels. The ICD is an international, not-for-profit, non-governmental organization with its headquarters in the highly international and cultural capital of Germany, Berlin. The ICD believes that inter- and intra-cultural relations can be strengthened, maintained and promoted through dialogue and so its focus has been to bring individuals from all walks of life together in order to begin this dialogue. This kind of dialogue thus leads to a better understanding and greater trust between cultures, preventing misunderstanding, improving communication and cooperation and helping to reduce the likelihood of socio-cultural conflicts.

The role of the ICD is to extend research, programs and practices in the field of cultural diplomacy. The ICD aims to create an international platform for exchange in order to sustain inter-cultural dialogue at all levels, as well as supporting cultural diplomacy as an academic discipline from which we all can learn. Over the past decade, the ICD has developed into one of Europe’s largest and most influential cultural exchange organizations and hosts numerous international events, conferences and seminars with a focus on facilitating interaction and dialogue between individuals of cultural, academic and professional backgrounds across the globe.

The ICD promotes cultural diplomacy through its distinct institutions, focused on strengthening intercultural understanding within a specific field: The ICD House of Arts & Culture, the Academy for Cultural Diplomacy, the Organization for Youth Education and Development and the Inter Parliamentary Alliance for Human Rights & Global Peace

The ICD House of Arts & Culture hosts all of the activities of the Institute for Cultural Diplomacy, ranging from academic programs and research to intensive cultural exchange.

The Academy for Cultural Diplomacy is the academic department within the ICD, which works to analyze and raise awareness of the practice of Cultural Diplomacy by governments and non-state actors, and to explore new strategies for the strengthening of intercultural relations in general.

The Organization for Youth Education & Development (OYED) places an emphasis on youth empowerment and education, with the belief that improving opportunities for education and youth advancement across the globe will contribute to a more stable global society.

The Inter Parliamentary Alliance for Human Rights & Global Peace was established to raise awareness of the universality of fundamental human rights, to promote social and economic development in developing countries across the world, and to strengthen intercultural relations between peoples and their communities at all levels in order to achieve global peace and stability.