The world’s legal capital, a project under construction 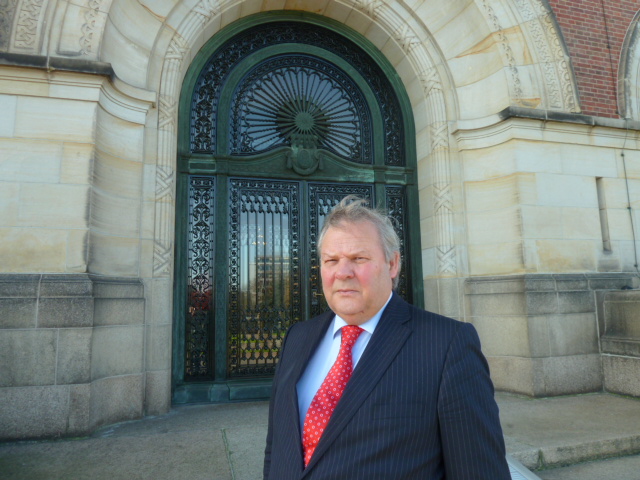 In 2012, the City of The Hague has been given the right to include the two terms “Peace” and “Justice” in its coat of arms. This was done by an official decree, ending the primacy of the Haagse Ooievaar (The Hague Stork), which one could find on the letterhead of the city’s administration. This caricature was dubbed as the Reiger by the Haguenois (say “de règer” to come close to the city’s dialect). So Peace and Justice came to replace an old feature of the city, and those who are working in the world of international relations will be pleased with this development.

These are the key international players, I could go on with other notable institutions in the sphere of European cooperation (Eurojust, Europol) and the NGO’s. The creation of the International Criminal Tribunal for the former Yugoslavia led for the first time to the notion of The Hague as the “Judicial Capital of the World”, which developed over time in what the United Nations Secretary General Ban Ki-moon called “the Legal Capital of the World, the Epicentre of Justice and Accountability”. These were the exact words he used in his speech during the centenary celebration of the Peace Palace in 2013. 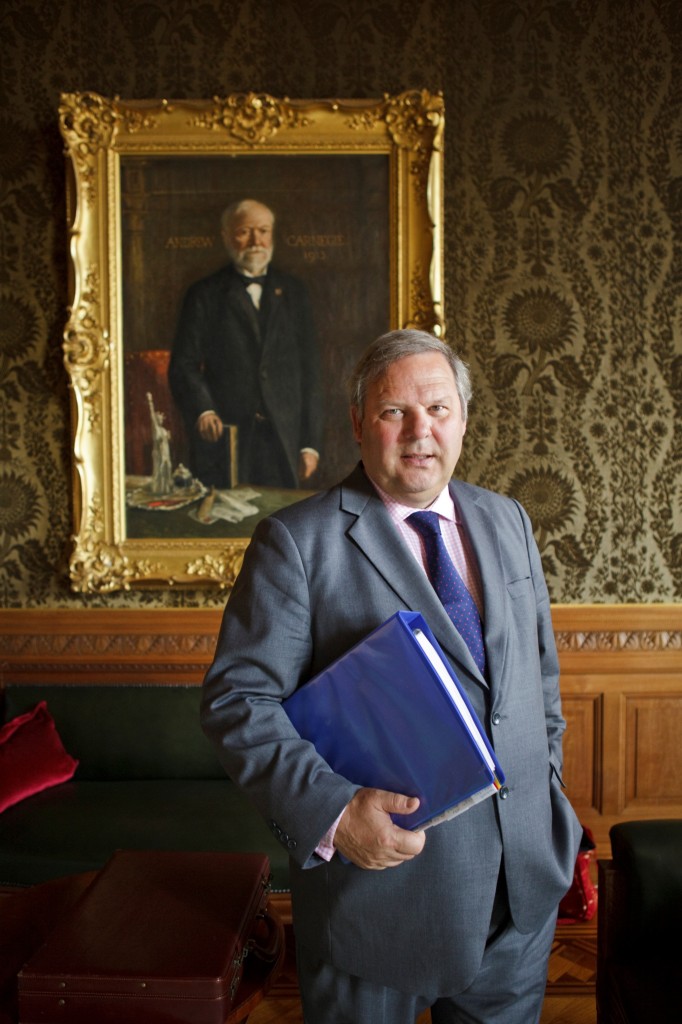 It is tempting to continue on the work of the international institutions, but for this article I would like to highlight the layer of activities which one finds underneath the level of official institutions. The second Peace Conference of 1907, supported by the legacy of Hugo Grotius and the work of Tobias Asser, led to the creation of The Hague Academy of International Law.

Since 1923 , academic summer courses on international law – both public law and private law – have been organized in the Peace Palace. These courses bring some 600 students to The Hague for 3 weeks. So, well over 40.000 students have been formed in The Hague, enjoyed the city in all respects, stayed with hospitable landlords and landladies. They make for an impressive group of alumni.

When the diplomatic conference on the International Criminal Court had to decide on the location of its Headquarters ( his was in 1994) many delegates said to the visiting Mayor of The Hague Wim Deetman of that time : “We know The Hague well, because we participated in the work of The Hague Academy or the Institute of Social Studies.” And The Hague became the preferred partner for the International Criminal Court. The city is now allowing for a 300 million new headquarters to be built on the corner of the Waalsdorperweg and Alkemadelaan. The court is a major asset for the further development of The Hague.

Staying on the path of the academic institutions, the T.M.C. Asser Institute has over nearly 50 years built a name for itself as an interuniversity institute for study and teaching of international law. It is part of the structure of the University of Amsterdam, in the sense that the funding comes from this university.

The same story of international awareness and fame can be attributed to the Clingendael Institute, which is essentially devoted to international relations, and is or should be the diplomatic school of the Netherlands. The experts of Clingendael Institute are often asked to give their comments on the Dutch radio and TV about international defence matters, energy policy, or the Middle East and so on. Other partners of The Hague Academic Coalition (HAC) are showing an eagerness to play their distinctive roles in the international arena, like The Hague Institute for the Internationalisation of Law (Hill) with its innovative legal concepts.

Still on its way up is The Hague Institute for Global Justice (THIGJ), meant to be a strong think & do tank for questions of international justice, more in particular the interface of justice, peace and global governance.

The Netherlands Government made the start of this institute possible with a royal subsidy, but does expect The Hague Institute for Global Justice to become funded by external (non-government) sources by 2017 /2018. The ambitions of The Hague Institute for Global Justice can be seen as becoming a sort of Brookings at the North Sea, and its staff are working hard to deliver high quality services and create a professional profile which does not take the place of other more established institutions.

With the Leiden University now well implanted in The Hague (2000 students, Grotius Centre for International Law, and a University College for promising young students), with the Haagse Hogeschool (The Hague University of Applied Sciences) bringing over 10.000 students to The Hague, and the Technical University of Delft now on its way to also start programs in The Hague, one can safely say that The Hague is gradually attracting a serious academic profile, even without having its own Alma Mater. 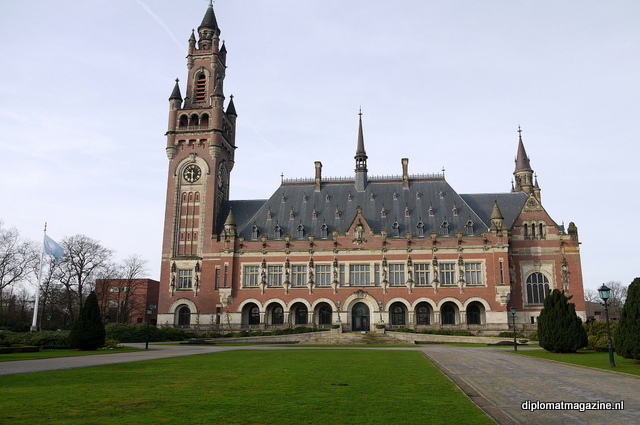 I think it would be a good idea to make all this more visible, for instance with one official day of the year in full colours, in a location of some importance and a speech looks at the ethics of international justice. Such an event could well set the agenda for the Legal Capital for the year to come. It would fill a void, which I notice basically every day: we are all very active but the grand design is missing. The concept of the Legal Capital of the World is founded on the pillars of the institutions, but the open debate, the statements by high level visitors and sparkling intellectual exchanges are too limited. In some way or other we have not yet been able to get this organized.

As I said in the beginning, the coat of arms of our City of The Hague mentions Peace and Justice as the central notions, which means that the basis of an important heritage is there. But we still have to do a good deal of shaping of that heritage in the years to come. Be open to visits by journalists and legal professionals, attract visiting professors, organize public and televised debates, create a structure where public and private partners can meet, are all elements of a more structural approach. The same goes for being ready to host international negotiations or mediations, which seem to stick to Geneva or to capitals of other countries. It would help undeniably if support would be forthcoming for the cultural side of the efforts in the field of peace and justice like the recent week of the Orchestre pour la Paix, which will go on to play in Geneva and New York if sufficient funds can be found.

We should find a way to reinstate The Hague Prize for International Law, which has its place next to the more peace oriented Carnegie Wateler Peace Prize which was awarded in the Peace Palace in an elegant fashion in 2014 to Algerian Lakhdar Brahimi, the famed UN envoy and mediator. These are just a few thoughts on how we can improve a quality which is inherently available but needs to be polished.