Night at the museum: The Secret of Van Gogh 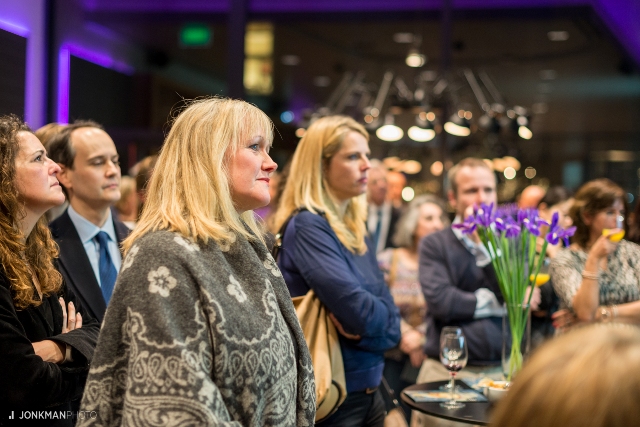 A special networking event was held at the Van Gogh Museum last Friday, the 16th of February. Jointly organized by the Association of Spanish Professionals in Holland (AEPH) and the museum itself, the event brought together friends and acquaintances in an incomparable venue: The Van Gogh Museum.

The event was a success where more than 70 guests attended including members of the AEPH, The Van Gogh Museum Global Circle, and The Sunflower Collective as well as patrons and benefactors of the museum. Further, the event was graced by the presence of the Ambassador of the Kingdom of Spain to the Kingdom of the Netherlands H. E. Fernando Arias and the cultural counsellor of the Spanish Embassy Mr. Fernando Fernández Aguayo.

The Director General of the Museum, Mr. Adriaan Dönszelmann, delivered the welcoming remarks. Subsequently, Mr. Edwin Becker, the Head of Exhibitions of the Van Gogh Museum, gave a short lecture entitled “The Influence of Vincent Van Gogh on International Artists” with emphasis on Spanish painters.

After the lecture given by Mr. Becker, a remarkable networking event took place where attendees were able to enjoy drinks and snacks while establishing their social networks. Concluding the event was an exclusively guided tour throughout the museum showcasing the Dutch artist’s masterpieces.

Without a doubt, it was a spectacular evening!