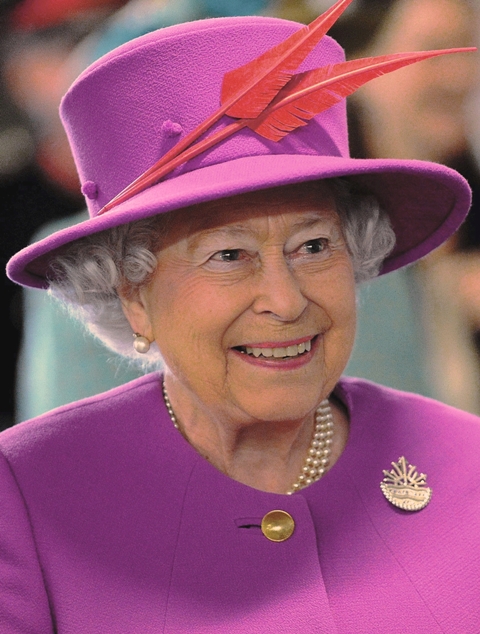 By Duke Michael of Mecklenburg and Baron Henri Estramant.

Wednesday, 29 April 2015, Brussels: At the British Residence of the bilateral mission to the Kingdom of Belgium, HE Ambassador Alison Rose, hosted a reception to celebrate Her Britannic Majesty’s birthday.

The reception in Brussels was honoured with the attendance of Their Royal Highnesses Prince Laurent and her spouse Princess Claire of Belgium. The first King of the Belgians, Leopold I, was a maternal uncle to Queen Victoria; he belonged to the House Saxe-Coburg and Gotha as did Victoria’s consort, Prince Albert. Both houses have now forfeited the name Saxe-Coburg and Gotha and au lieu the “House Windsor” reigns in the UK since 1917, whereas the “House of Belgium” (Belgique/België) reigns in Belgium since 1946. US American ambassador to Belgium, Mrs Denise Campbell Bauer was also in attendance as were many other bilateral ambassadors.

Queen Elizabeth II of the United Kingdom of Great Britain and Northern Ireland fêtes her birthday twice in the UK, one on her actual birthday on 21 April and then upon her official (public) birthday celebration on a Saturday in June with the Trooping the Colour Parade since 1748. The monarch’s actual birthday is usually private nevertheless is marked by gun salutes in central London at noon, that is, 41 gun salutes in Hyde Park, 21 salutes in Windsor Great Park and 62 salutes from the Tower of London.

The official celebration is marked with the Sovereign’s Parade or Trooping the Colour Parade. Queen Elizabeth II is then joined by other members of the Royal Family for the parade moving from Buckingham Palace, The Mall and the Horseguards’s Parade.

In other realms wherein Queen Elizabeth II is monarch her birthday is observed in other dates. For instance, Canada marks the Sovereign’s birthday  on “Victoria Day”, last Monday before 25 May, thereby honouring Queen Victoria who was born on 24 May 1819. In New Zealand it is observed the first Monday in June. The second Monday in June is the day for observance in Australia, Papua New Guinea, the Solomon Islands and other realms.

In the picture H.E. Dr. Hisham Al Alawi, Ambassador of Iraq. By Tereza Neuwirthová On May 6th, the Embassy of Iraq in The Hague organised...
Read more
Diplomatic News

On April 17th, the Embassy of the Republic of Rwanda in the Kingdom of the Netherlands hosted a virtual conference with the theme ’27 Years...
Read more
Diplomatic News