Eurasian Countries within Belt and Road Initiative: what game is being played? 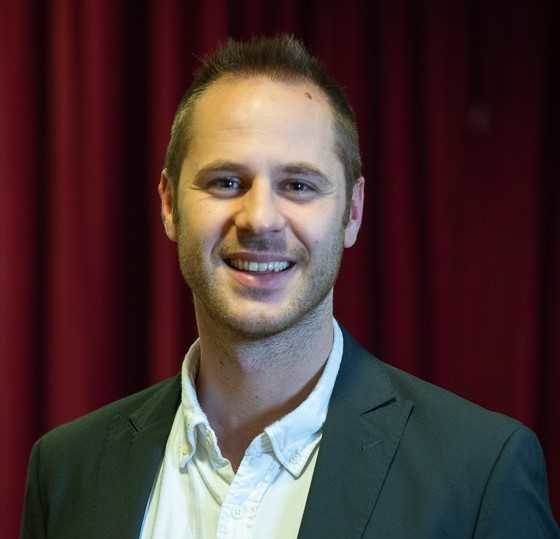 The new European Chief Prosecutor: “I know that there are no clean countries”

By  Zeno Leoni and  Federica Santoro.

BRI is the framework of China’s trans-continental, multi-dimensional, and pluri-billionaire grand strategy. As explained in the reportA Study of ICT Connectivity for the Belt and Road Initiative (BRI): Enhancing the Collaboration in China-Central Asia Corridor, published by the United Nations’ agency ESCAP, this project’s aims are: “(1) To enhance policy coordination; (2) To improve infrastructure connectivity; (3) To reinforce trade and investment cooperation; (4) To move forward with financial integration; and (5) To support people-to-people collaboration”.

To achieve these objectives, three sets of BRI tools stand out among Others:

Beijing’s image of this order is Sino-centric. This leads to some critical questions: is BRI synonym with Chinese empire? Although “empire” has both positive and negative connotations, in its neutral meaning it is a conflation of economic with (geo-)political dynamics. Therefore, is the BRI merely a commercial plan?.

According to Colin Flint and Cuiping Zhu, the BRI has to be seen through the lenses of a “‘single logic’ of competition in the capitalist world-economy”, where “ﬁrms and states are connected as the former seeks to maximize proﬁts while states (i) seek to ‘capture’ that economic activity within their borders, (ii) make global connections that maximize the beneﬁts of global economic ﬂows for their ‘domestic’ economy, and (iii) intertwine economic agendas with geopolitical goals”.

This picture describes well Beijing’s “Go West” strategy. The driver of this outward looking approach is blamed by some upon China’s overaccumulation crisis begun in the early 2000’s. As explained by Balihar Sanghera and Elmira Satybaldieva, “economic decentralisation created a fragmented national economy, in which local governments engaged in anarchic competition to attract foreign direct investment. This nurtured overinvestment and uncoordinated construction of redundant production capacity and infrastructure”. This was exacerbated by the Great Recession and the decline in export towards the West.

Within such a framework, China considers Central Asia and Eurasia as strategic regions. Indeed, these territories lie at the crossroad of important trade routes but also contain abundant reserves of natural resources such as oil, gas, minerals and metals.

Indeed, in the last six years China’s BRI has made an impressing impact in the Eurasian continent, as it transpires from the report Chinese Grand Strategy in the Eurasian Heartland, published by SKOLKOVO – Institute for Emerging Market Studies (IEMS).

Two of the six BRI’s economic corridors pass through the region, connecting China to the European Union and the Middle East. Eurasian Heartland’s trade with China has been growing at double-digit rates over a number of years.  It has reached $140bn in 2018, spreading across over 160 projects mainly in Russia and Kazakhstan, the largest economies in the region. Indeed, these two countries have received 65% of all Chinese money directed to Central Asia.

Market dynamics and global trends define Sino-Russia relations. Both traditionally Western-oriented economically, in times of crisis like nowadays they see each other as the centre of an alternative international order. That explains why China invested $70bn dollars in the Power of Siberia pipeline construction project, and in the intensification of Sino-Russian economic cooperation in Arctic LNG projects. China, like Russia, is interested in exploring the Northern Sea Route since Western-imposed sanction hit Moscow Russia. Also the Russia-led Eurasian Economic Union (EAEU) is seen essential for China in Central Asia to provide Chinese company with access to regional market.

Kazakhstan – after Russia – is the largest country in the region, very rich in those mineral resources and fertile lands that China needs.  Xi Jinping choose its capital, Nur-Sultan (former Astana), to launch the BRI in 2013. Since then, the Belt and Road Initiative has become one of the most important enablers of Foreign Direct Investments (FDI). It transformed the country in a regional infrastructure hub and led to the creation of a Special Economic Zone around the Khorgos Dry port, a key logistic target. China also considers Kazakhstan an important supplier of oil and gas: notably, 76% of Chinese FDI in the country have been directed to the energy sector.

But other Central Asian countries are increasingly involved in the BRI. The South Caucasian resource-rich Azerbaijan represents one of the very few alternatives for Europe to the Russian gas and it is set to work with China on energy and transit to Europe. China National Petroleum Corporation (CNCP) is helping to explore fields in Turkmenistan, for years China’s main gas supplier in the region. The country is not only a source of natural gas but a potential test bed for Huawei telecom equipments. State Owned and Private Chinese Telecom companies are implementing a broad range of projects in the Tech Sector, including a smart city test in Baku and a data centre in Kazakhstan, providing loans to help countries to develop new capacity using Chinese Huawei equipments.

One of the most ambitious plan for the next 3-5 years is the construction of a trans-Eurasian data super interconnector (TASIM) that should develop through at least three Central Asian countries: Turkmenistan, Afghanistan and Azerbaijan.

Another BRI receiver is strategically located between Russia and the European Union and has very high transit potential for China’s infrastructure. In Belarus, the upgrading of highways has been financed by Chinese Exim Bank loans. Similarly, in Uzbekistan China proposes to build a new rail link from Xinjiang. Meanwhile, in Kyrgyzstan the BRI has provoked concerns for being a controversial plan. A win-win situation at first sight that would instead create benefits for Chinese export only, opening an additional route and leading to a socio-economic divide beetween the North and the South of the country.

Belt and Road Initiative is the vastest geopolitical and investment project in human history, although it has never been explicitly presented as such. Indeed, it still remains an ambiguous undertaking. Central Asia and Caucasus countries provide a natural link to Europe and some Islamic states. Enhancing cooperation with the Islamic world, is key for China to maintain security and stability in a region where the BRI’s effects are diverse and complex.

In the picture Zeno Leoni.

Link to the original publication in Vision & Global Trends:

Following the footsteps of Mevlana Rumi in Uzbekistan By Iris Bezuijen and Sedat Çakır The Rumi Trail is a long-distance pilgrimage trail that honours ancient Khorasan...
Read more
Diplomatic Pouch

After the Biden-Putin Geneva Summit

of Prisoner's Dilemma and Confrontation Nostalgia By: Tomislav Jakić Was the, with little expectations, but a lot of combinations and nervousness, awaited summit of the...
Read more
Diplomatic Pouch

G-7 allurement for the Developing Nations

By Sazzad Haider  During the summit of G7, which was held recently in Carbis Bay, England, leaders of seven wealthy countries formulated a speed breaker...
Read more
- Advertisement -

The new European Chief Prosecutor: “I know that there are no clean countries”

After the Biden-Putin Geneva Summit