“Land of Fire” – Azerbaijan is home for one of the oldest human settlements on the Earth – Gobustan.

Gobustan – Rock art – photo by Ministry of Culture of the Republic of Azerbaijan.

Gobustan is a mystic and ancient open-air museum, located in Absheron peninsula – about 55 kilometres from Azerbaijani capital city of Baku. Here you can find petroglyphs ranging from Mesolithic era up to the Late Middle Ages.

Gobustan was discovered and later closely examined by archaeologists in 1930s.  Azerbaijani archaeologists found here remains of ancient flora of the world.

Bones of 40 species of animals that lived in the Pleistocene epoch (before the region even was populated by humans), including rhinoceros, wild horses, primitive oxen, deer, brown bears, cave hyenas, cave lions and cheetahs, porcupines, as well as many bones of 97 species of birds were also discovered here.

One of the most notable discoveries by archaeologists was Gavaldashi – musical stone and a symbol of Gobustan. It is believed that ancient humans performed rituals by producing sounds with this stone. The stone itself is 2 meters long and resonates a tambourine-like sound, when it is hit by smaller stones. This musical stone was also used for dancing Yalli, chain-dance which is also one of the national dances of Azerbaijan. Yalli is portrayed in rock carvings found in Gobustan. Many Azerbaijani musicians even nowadays use the hypnotic sound of “Gavaldashi” to create fascinating pieces of music. A notable example was the semi-final of 2012 Eurovision Song Contest held in Baku, Azerbaijan where Gavaldashi was played and dancers performed Yalli.

It is interesting to note that Romans were also present in Gobustan. A rock found in Gobustan contains a Roman inscription, which proves the presence of a centurion of the 12th Roman legion, known as the Fulminat, (Lightning) here on the shore of the Caspian Sea during the reign of Emperor Titus Flavius Domitianus in the second half of the 1st century AD. Some historians assume that this may be the most eastern point any Roman patrol even ventured to.

There are many hypotheses regarding human settlements in Gobustan. Some researchers note similarities between these Gobustan images and petroglyphs found in East Africa. The well-known Norwegian traveller and scientist Thor Heyerdahl has other theory. He was fascinated by Gobustan rock carvings, which he visited several times in his life. On seeing the famous image of a multi-seat boat of the 6th millennium BC among the rock carvings of Gobustan, he became firmly convinced that, most likely, it was a reed vessel related to Sumerian ones. Therefore, people who lived in Gobustan could have contacts with the world’s oldest civilizations. Heyerdahl said: “What ancient and of course, advanced civilization was here still remains a mystery. But Azerbaijani scientists will be able to solve it.”

Due to the extraordinary value of this reserve, UNESCO inscribed Gobustan to the World Heritage List in 2007.

In 2011, a large modern museum was opened in Gobustan. It has become a must-see destination for all the tourists visiting Azerbaijan. This museum includes exhibitions about World Heritage sites, the history of the discovery of petroglyphs, ancient people living in the territory of Gobustan and its original flora and fauna. More than 100,000 items found by archaeologists during excavations are stored in repositories. These are tools and weapons, jewellery, charms, animal bones, plant seeds, etc.

In 2013, the Gobustan Museum became one of the winners of the European Museum of the Year Award (EMYA). Today, thanks to the rock paintings, discoveries made by archaeologists and palaeontologists in Gobustan, we have a glimpse of the lives of our distant ancestors and a chance to try to imagine their way of life and the world around them.

Yet, Gobustan still has more to offer. There are many things not yet discovered, deciphered or interpreted. One can only imagine how many more secrets and mysteries this chronicle of millennia contains. 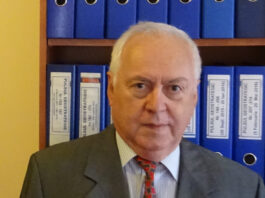 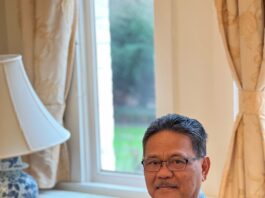 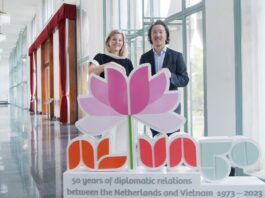