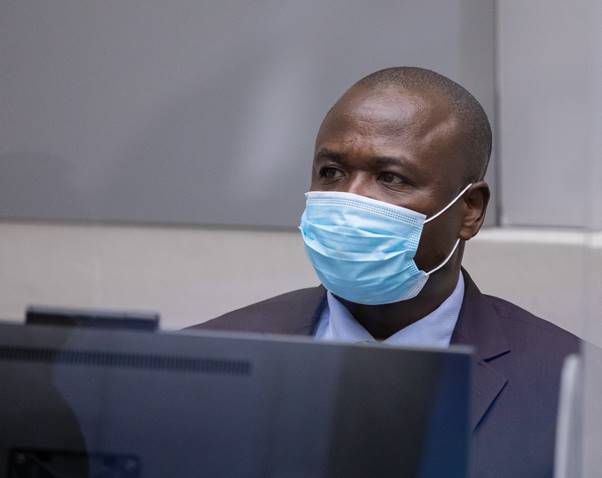 Today, 4 February 2021, Trial Chamber IX of the International Criminal Court found Dominic Ongwen guilty for a total of 61 comprising crimes against humanity and war crimes, committed in Northern Uganda between 1 July 2002 and 31 December 2005. The verdict may be appealed by either party to the proceedings within 30 days after the notification of the Judgment.

ICC Trial Chamber IX, composed of Judge Bertram Schmitt, Presiding Judge, Judge Péter Kovács and Judge Raul Cano Pangalangan, analysed the evidence submitted and discussed before it at trial and found, beyond any reasonable doubt, that Mr Ongwen is guilty of the following crimes:

(i)     attacks against the civilian population as such, murder, attempted murder, torture, enslavement, outrages upon personal dignity, pillaging, destruction of property and persecution; committed in the context of the four specified attacks on the Internally Displaced Persons camps (“IDP camps”)  Pajule (10 October 2003), Odek (29 April 2004), Lukodi (on or about 19 May 2004) and Abok (8 June 2004);

(ii)   sexual and gender based crimes, namely, forced marriage, torture, rape, sexual slavery, enslavement, forced pregnancy and outrages upon personal dignity he committed against seven women (whose names and individual stories are specified in the judgment) who were abducted and placed into his household;

(iii) A number of further sexual and gender based crimes he committed against girls and women within the Sinia brigade, namely forced marriage, torture, rape, sexual slavery and enslavement; and

(iv) The crime of conscripting children under the age of 15 into the Sinia brigade and using them to participate actively in hostilities.

The Chamber found that these crimes were committed in the context of the armed rebellion of the Lord’s Resistance Army (LRA)against the government of Uganda. The LRA, including Dominic Ongwen, perceived as associated with the government of Uganda, and thus as the enemy, the civilians living in Northern Uganda. This concerned in particular those who lived in government-established IDP camps.

The Chamber found that Dominic Ongwen is fully responsible for all these crimes. The Chamber did not find evidence that supported the claim that he suffered from any mental disease or disorder during the period relevant to the charges or that he committed these crimes under duress or under any threats.

Following this verdict, the Chamber will impose on Dominic Ongwen the sentence for the crimes of which he has been convicted. For this purpose, it will receive submissions on the appropriate sentence by the Prosecutor, the Defence for Dominic Ongwen and the legal representatives of the participating victims.

A decision in this regard, including as concerns the timeline of the proceedings leading to the imposition of the sentence, has also been issued by the Chamber today. The ICC’s founding treaty, the Rome Statute, does not provide for a death penalty; the sentence may be up to 30 years of imprisonment (and under exceptional circumstances a life imprisonment) and/or a fine. Furthermore, a phase dedicated to the reparations to victims will be opened.