Access to Information Laws No Human Rights without Right to Know 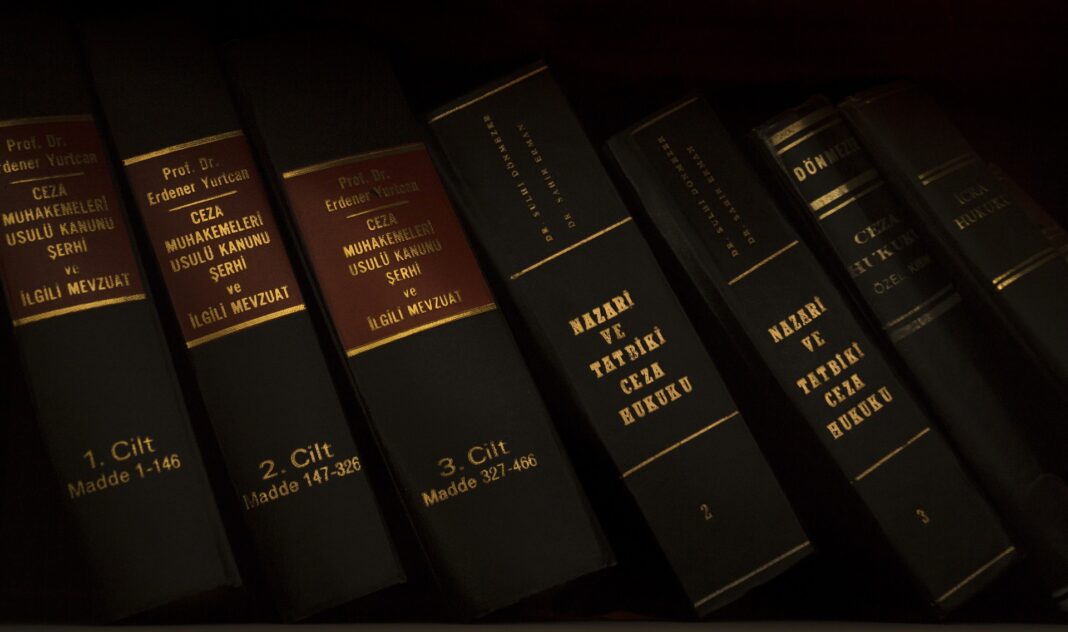 A response to Dunja Mijatovic Council of Europe, Commissioner for Human Rights.

“People have the right to know what those in power are doing” Dunja Mijatovic Council of Europe, Commissioner for Human Rights.

Access to information legislation was first seen in 1766 in Sweden, with parliamentary interest to access information held by the King. Finland in 1951, the United States in 1966, and Norway in 1970 also adopted similar legislation. Today there are 98 states with access laws; of these, more than 50 incorporated in their constitution. The Inter-American Court of Human Rights 2006 and the European Court of Human Rights 2009 both ruled that access to information is a human right, confirmed in July 2011 by the United Nations Human Rights Committee, a sine qua non of 21st-century democracy.

Global civil society movements have been promoting transparency, with activists and journalists reporting daily on successes in obtaining information and denouncing obstacles and frustrations in the implementation of this right. To this end, the Council of Europe was inspired by pluralistic and democratic ideals for greater European unity, adopted the Council of Europe Convention on Access to Official Documents recognizing a general right of access to official documents held by public authorities.

It brings a minimum standard for the fair processing of requests for access to official documents with the obligation for member states to secure independent review for restricted documents unless withheld if the protection of the documents is considered legitimate.

The right to freedom of information

Access to information is a government scrutiny tool. Without it, human rights violations, corruption cases, and anti-democratic practices would never be uncovered. Besides exposing demerits, the policy is also known to improve the quality of public debates while increasing participation in the decision making process. Indeed, transparency of authorities should be regarded as a fundamental precondition for the enjoyment of fundamental rights, as guaranteed by Article 10 of the European Convention on Human Rights.

The policy equips citizens and NGOs with the necessary tool to counter refusal from authorities to provide information. The European Court of Human Rights recognized that withheld documents could be accessed in specific circumstances. In principle, all information should be available, and those upheld can also be accessed, particularly when access to that particular information is crucial for the individual or group to exercise their freedoms unless of course, the information is of national security or of private nature.

The COVID pandemic has enabled us to test access policies and benchmark the effectiveness of the right to know during trivial times, as Dunja Mijatovic mentioned. In fact, having easy access to reliable information protects the population from being misled and misinformed, a first-line weapon dismantling popular fake news and conspiracies.

Instead, during COVID, access to information has supported citizens in responding adequately to the crisis. Ultimately, transparency is also a trust-building exercise.

Information is a weapon against corruption. The Council of Europe Group of States against Corruption (GRECO) is looking at the specific issue of access to official documents in the context of its Fifth Evaluation Round, which focuses on preventing corruption and promoting integrity in central governments and law enforcement agencies.

In about a third of the reports published so far, GRECO has recommended the state to improve access to official documents. In regards to the environment, the United Nations Convention on Access to Information, Public Participation in Decision-Making and Access to Justice in Environmental Matters, commonly referred to as the Aarhus Convention, expands the right of access to information on environmental matters thus complementing the Tromsø Convention.

Declaring these policies as the primary tools that empower citizens and defenders to protect the environment we live in.

Finally, “the constitutions of several European countries do indeed guarantee the fundamental right to information.” Nonetheless, there are still inconsistent levels of transparency among state institutions or a failure to meet the requirement for proactive disclosure. The entry into force of the Tromso Convention will be an opportunity to bring back to the table the importance of the right to information and to readjust European States practices regarding the enhancement.

Digitization is still recent, and authorities are not accustomed to dealing openly. There is a sentiment of reservation and caution. Before the advent of the internet, governments enjoyed a level of political efficiency and practical obscurity. Viewing public records required the time and effort of a visit to the records’ physical location and prevented easy access to details of individual files. Openness has made the policy cycle longer, with a more thorough consultation process and debates. The availability of digital documents has caused an unavoidable conflict.

One of the conflicts is a privacy protection and policy safeguards invoked against freedom of information requests. Requirements to provide transparency of activities must be mitigated with national security, individuals’ safety, corporate interests, and citizens’ right to privacy. Finding the right balance is essential to understand how local governments manage the dichotomy between providing open access to their records by maintaining the public’s privacy rights.

Several governments think twice before pursuing transparency policies. Access to information hasn’t been a priority for some of the European States. Mijatovic reported that “filtering of information and delays in responses to freedom of information requests have been observed in several member states”. Although there is a growth in these laws’ popularity, we are always a step behind meeting the supply and demand of information objectives in an era of digitization.

Tromso Convention has only been ratified by eleven countries, which are mostly located in Scandinavia (Finland, Norway and Sweden) or in Eastern Europe (Bosnia, Estonia, Hungary, Lithuania, Moldavia and Ukraine). Reading this statement, three questions should come to our minds:

1.    Why not all European states have ratified Tromso Convention?

2.    Why do Scandinavian countries have chosen to ratify the Convention?

3.    Why are most of the Member States from Eastern Europe?

Regarding the first question, the answer resides in the fact that the ones who haven’t taken part in the Convention already have strong national laws protecting freedom of information and don’t need to bother with extra protection and external surveillance. For instance, Germany passed a law in 2005, promoting the unconditional right to access information. Many other European states such as Belgium, Croatia, Denmark, France & Poland have similar national law.

Regarding the second question, considering that all Scandinavian countries already have national laws assessing freedom of information, the most likely reason behind their ratification would be symbolic support to the cause or because the Convention’s framework is less restrictive than their national laws.

Finally, concerning the last question, we could suppose that most Eastern countries have an interest in demonstrating themselves as more transparent and more following the rule of law. For example, if we examine Montenegro’s case, we could assume that taking part in the Tromso Convention is a step closer to their accession to the European Union in 2025.

As for the reservations that have been made, only Finland, Norway and Sweden have made some noticeable. Regarding Norway, the country declared that “communication with the reigning Family and its Household” will remain private in accordance with Article 3, paragraph 1 of the Convention.

This limitation covers something interesting, considering that, as mentioned earlier, access to the data type of legislation was first adopted in order to get access to information held by the King. In parallel, Finland declared that “the provisions of Article 8 of the Convention concerning the review procedure [will] not apply to a decision made by the President of the Republic in response to a request for access to a document. Article 8 provides protection against arbitrary decisions and allows members of the population to assert their right to information.

Sweden has made a similar reservation on Article 8 paragraph 1 regarding “decisions taken by the Government, ministers and the Parliamentary Ombudsmen”.

For smoother data access implementation, governments can act on transparency without waiting for legislation through internal bureaucratic policy. These voluntary provisions for openness can be an exercise towards a more organic cultural transformation.

Lengthy debates on open access are entertained by exceptions to access. To be sure, governments have enough legal and political tools to withhold information, regardless of how exemptions have been drafted. Instead, a more productive and efficient process is possible if we concentrate on positive implementation and enforcement, including the procedures for challenges on legal exemptions.

The implementation phase of access laws is challenging due to a lack of leadership motivation, inadequate support for those implementing these requests, especially since they require a long term social and political commitment. To do so, an overall dedication and government bureaucratic cultural shift should take place.

Although the implementation of access to information should be included internally in all departments, considering a standardized centralized approach to lead the new regime with authority could send an important message. Record keeping and archiving should be updated to respond to requests with improved information management systems. As such, the goal would be to make a plethora of information immediately and unconditionally available.

Eugene Matos De Lara, publisher of the academic journal Border Crossing, he is an International Private Law specialist of the University of Ottawa, Canada.

Things that bring you joy

By Alexandra Paucescu ‘Take your dreams seriously‘… ‘Make yourself proud’… ‘Choose happy’… these are just a few of the words that I usually see on...
Read more
Diplomatic Pouch

Media and risk: definition and perception

By Anastasiia Pachina Despite the attempts, that humanity is making to protect itself and predict possible options for the development of its future, despite the...
Read more
Diplomatic Pouch

The Impact of the COVID-19 Pandemic on Diplomacy

Need for reforms and adjustments ! By Roy Lie Atjam. As has been the case in many sectors of public and private life, diplomacy has...
Read more
- Advertisement -