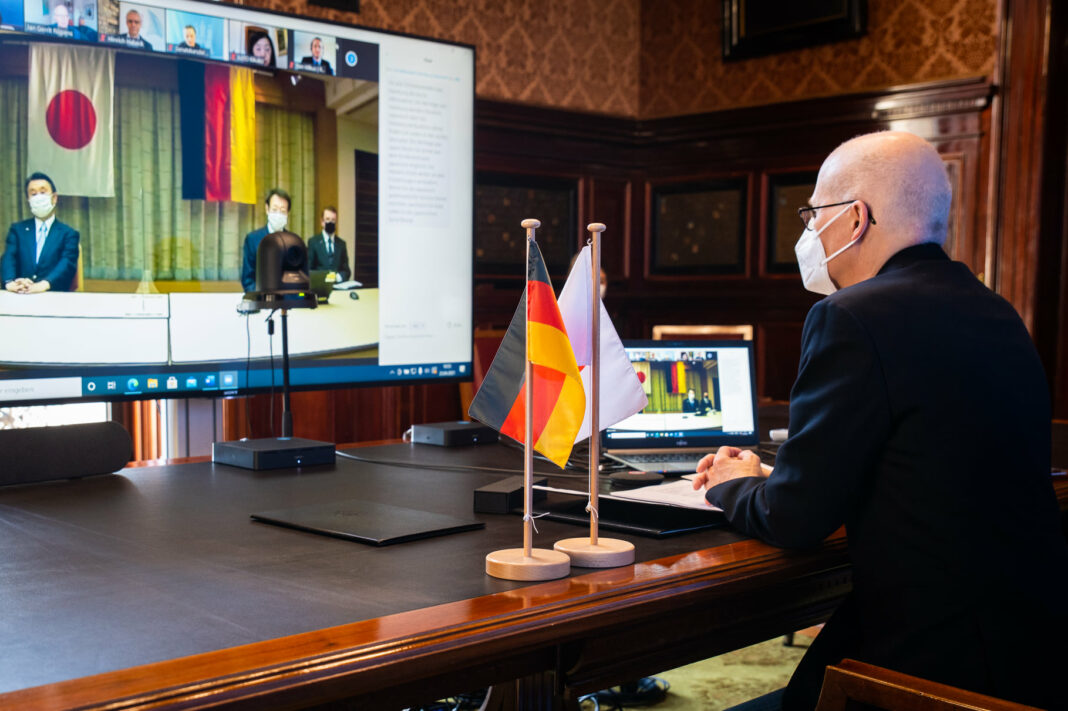 Friday, 23 April 2021, Hamburg (Germany)-Kobe (Japan): First Mayor of the Free and Hanseatic City of Hamburg, Dr. Peter Tschentscher and the Mayor of Kobe (Japan), Hisamoto Kizō, signed a Memorandum of Understanding between the two city entities to cooperate more closely in the future in the fields of hydrogen and life sciences through an video conference. In the conference partook Japan’s Consul General in Hamburg Kato Kikuko, whose consulate general also has jurisdiction over the federal states of Bremen, Lower Saxony and Schleswig-Holstein.

First Mayor Dr. Tschentscher paid an official visit to Kobe two years ago.
During his allocuation Dr. Tschentscher noted that both cities “are united by the conviction that hydrogen is one of the most important energy carriers of the future. It plays a central role in the energy transition in all sectors” as per his speech linked below.

Japan strives to becoming a “hydrogen society” by 2040, and is pursuing this goal very consistently. Kobe has already opened a modern hydrogen power plant in 2018, which I was able to visit during my visit.
In Hamburg, we are planning to build one of the largest electrolyser plants in Europe, for the production of green hydrogen from wind energy. We are a model region for the German energy transition with a large number of pilot projects.

Both cities agreed to promote cooperation between private companies, universities and research institutions in this field. The mutual exchange can accelerate the introduction of hydrogen technologies as well as the development of an international hydrogen economy.
The second focus of our agreement is on life sciences. Hamburg and Kobe are leaders in this field in their countries and have already been cooperating since 2015.

As a result of First Mayor Tschentscher’s visit to Kobe, both cities are to establish a new research partnership between the Fraunhofer IME Screening Port Hamburg and the Foundation for Biomedical Research and Innovation (FBRI) in Kobe.