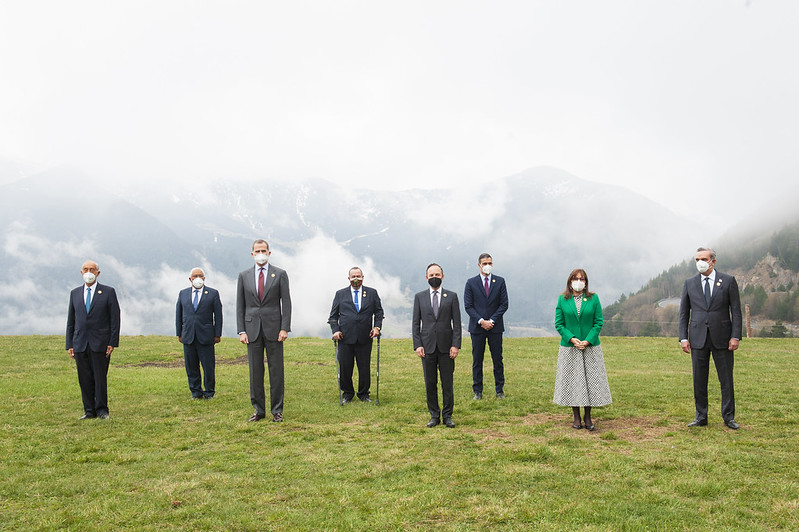 Andorra’s Head of Government, Xavier Espot, dedicated his opening address at the Summit’s Plenary Meeting to the victims of the pandemic, and emphasized the value of working multilaterally to overcome the health crisis and move towards sustainable growth.

Espot reiterated Andorra’s commitment to the Ibero-American space and to the defense of unity to face the challenges of the future. During his address, he urged the international community to guarantee universal access to vaccines against Covid-19 at a fair or affordable price. ‘Only with global immunity will it be possible to regain the path of economic and social growth’ he assured.

The work prior to the Summit, she added, has served to raise the sectoral proposals approved in recent months by the ministers of the 22 countries of the Ibero-American Conference, and have addressed the “urgencies” of the pandemic and at the same time “structural challenges such as the fight against inequality or climate change”. These proposals are nourished by the Declaration of Andorra, which, explained Rebeca Grynspan, includes “the need for an inclusive and sustainable economic recovery, the importance of the innovative role of the State, the urgency to face the climate challenge and the differentiated impact of the crisis on women”.

The Ibero-American Secretary General has reaffirmed the importance of “projecting and strengthening Ibero-America before the International Community.” In fact, Grynspan spoke of international support for the Summit and referred to the message of support from UN Secretary-General António Guterres, who highlighted the role of the Summit as a “moment of hope in the face of the enormous challenges we face which must be a turning point that will mark the development of countries in the coming decades ”.

Grynspan also reported that The Pope, Franciscus I had addressed the Conference with a letter calling for “strong political will” to deal with the aftermath of the pandemic. The Ibero-American leaders who participated in the Summit, both online and in person, shared the need to reaffirm the importance of multilateralism to address the effects of the SARS-CoV-2 coronavirus around the world. In this regard, The President of Guatemala, Alejandro Giammattei welcomed the meeting of leaders, which “must contribute to multilateralism and cooperation” as the focus of the 2030 Agenda.

President of the Dominican Republic, Luis Abinader reaffirmed the role of multilateralism in the distribution of vaccines. Spain’s King Felipe VI and Prime Minister Pedro Sánchez have shared the importance of the ties of Ibero-American countries, especially in a pandemic context, in order to join forces “in the defence of the Ibero-American Community in a global world.” The Spanish prime minister also congratulated Andorra on the choice of the motto of the Summit, which integrates various axes such as sustainability, the environment, innovation and the coronavirus crisis.

The leaders of Portugal, President Marcelo Rebelo de Sousa and Prime Minister António Costa, highlighted the value of dialogue and cooperation between countries offered by the Ibero-American Summit, which is of great importance in dealing with the consequences of the pandemic.