Art is a Mirror of the Magnitude of Human Achievement 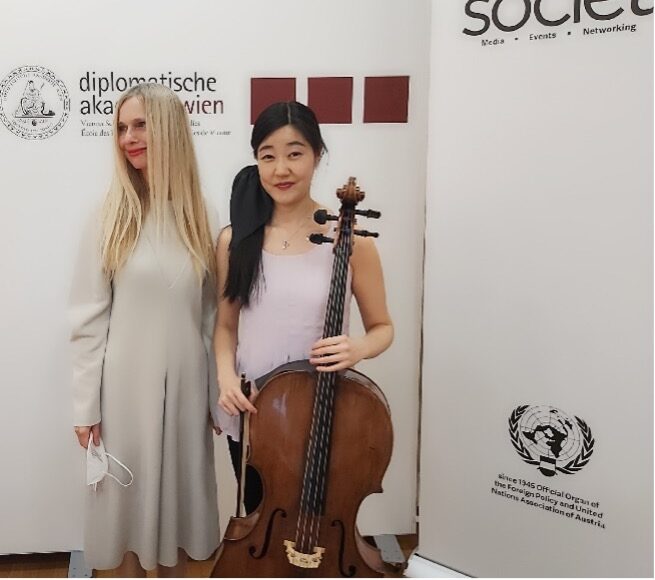 But also a Message of How Fragile Those Achievements Are

The ‘From Culture for Peace to Culture of Peace’ (known also as the Culture for Peace – Unifying Potentials for the Future) Initiative was once again participating in the ‘Vienna Processes’ conference series program by wishing to emphasize the importance of cultural diplomacy in the processes of creating and maintaining dialogue and the well-being of society.

On the historic date of March 08th – International Women’s Day, a large number of international affairs specialists gathered for the second consecutive summit in Vienna, Austria. This leg of the Vienna Process event titled: “Europe – Future – Neighbourhood at 75: Disruptions Recalibration Continuity”. The conference, jointly organized by four different entities (the International Institute for Middle East and Balkan Studies IFIMES, Media Platform Modern Diplomacy, Scientific Journal European Perspectives, and Action Platform Culture for Peace) with the support of the Diplomatic Academy of Vienna, was aimed at discussing the future of Europe and its neighbourhood in the wake of its old and new challenges.

This highly anticipated conference gathered over twenty high ranking speakers from three continents, and the viewers from Australia to Canada and from Chile to Far East. The day was filled by three panels focusing on the rethinking and revisiting Europe and its three equally important neighbourhoods: Euro-Med, Eastern and trans-Atlantic (or as the Romano Prodi’s EU Commission coined it back in 2000s – “from Morocco to Russia – everything but the institutions”); the socio-political and economic greening; as well as the legacy of WWII, Nuremberg Trials and Code, the European Human Rights Charter and their relevance in the 21st century.

The event was probably the largest gathering since the beginning of 2021 for this part of Europe.

For this occasion, the selected work of artist Alem Korkut is on the Conference poster. This artist work with the motto/message: ‘Sustainable Future – Quo Vadis?’ is a standing part of the Initiative project. This previously launched initiative refers to the visual arts and the engagement of artists in the field of ‘culture for peace and culture of peace’.

In addition to the artistic visualization of the theme and message of the conference (same as it was a case with the first conference in the series ‘Vienna Process’), this Conference leg was closed in the big hall of the Austrian Diplomatic Academy with a well-chosen artistic musical performance.

This time, conference participants and attendees were able to listen to the selected parts of Suite No. 1 in G major for solo cello from J.S. Bach, performed by Japanese artist Reine Hirano. As a solo and chamber musician she performs in concert halls worldwide, including the Konzerthaus in Vienna and the Suntory Hall in Tokyo.

It was to emphasize the importance of culture, science and arts as essential binding and effective tool of cultural diplomacy. Utilized to support dialogue, these types of interventions of the Culture for Peace – Unifying Potentials for the Future Platform already became a regular accompanying part of the ‘Vienna Process’, which makes it special – quite different from the usual conference forms of geopolitical, legal and economic contents.

Conclusively, art – indeed – is a mirror of the magnitude of human achievement, but also a message of how fragile those achievements are.

Anastasiia Pachina, Sociologist – Charles University, Prague. She is a Program manager – with the Culture for Peace Action Platform, and a marketing researcher in IPSOS CZ.