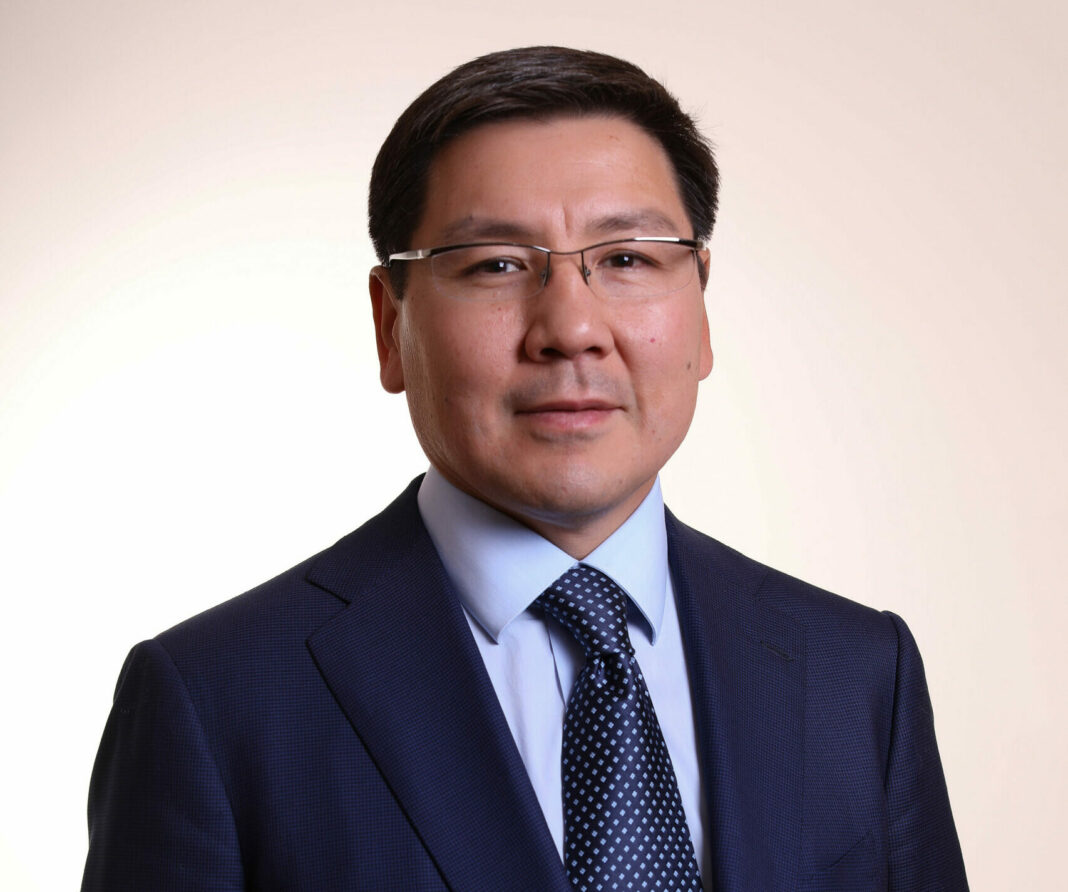 By H.E. Mr Askar Zhumagaliyev, Ambassador of the Republic of Kazakhstan to the Kingdom of the Netherlands.

For the past three decades, Kazakhstan and the Netherlands have been developing strong political and economic relationships, based on a sense of partnership and common interests.

The Netherlands remains the number one investor in terms of gross FDI inflow in our economy – around $100 billion over the last 28 years. The Netherlands is also our second biggest trade partner in the European Union. The major Dutch companies like Shell, Witteveen + Bos, Rijk Zwaan, Food Ventures, Dalsem, van der Hoeven and many more have been working in Kazakhstan for many years.

The two countries are collaborating on every level. Our First President Nursultan Nazarbayev met with King Willem Alexander and Prime Minister Rutte several times on different occasions. In 2019, our Prime Minister visited the Hague. It was a very fruitful one. He had meetings with the Dutch Cabinet and representatives of business. After returning to Kazakhstan, our Prime Minister spoke so fondly about the Netherlands and his visit.

The visit gave fresh impetus to the development of the Kazakh-Dutch economic relationship, especially in agriculture. Kazakhstan and the Netherlands closely cooperate in greenhouses, agro education, potato production, horticulture. Kazakhstan has unique opportunities for agriculture to thrive: we have a lot of good agricultural land, strategic location near big markets, cheap energy, which is vital for greenhouses. I believe that with our resources and geographical location and Dutch technologies and management Kazakhstan can become the regional Agrihub in Central Asia.

As the new Ambassador of Kazakhstan, I would like to give every assurance to continue the activity of my predecessor and reinforce Kazakh-Dutch bilateral collaboration in economy, politics and culture, despite the challenges presented by the pandemic.

The history shows that after such crysises strong and healthy economies rise even stronger like a phoenix. For 30 years of independent development of Kazakhstan, its economy has overcome the negative consequences of the collapse of the USSR and the defaults in 90’s, world economic crises in 2008 and 2014-2015.

The country’s GDP has grown more than 18 times. In 1991, over a third of the citizens of the new state lived below the poverty line, over three decades the incomes of Kazakhstanis increased by an average of 9 times, the number of the poor decreased by 10 times.

Back in the early 2000s, Kazakhstan set a strategic task to become one of the developed countries of the world. In 2012, our country was included in the list of the 50 most competitive economies on the planet according to the global report of the World Economic Forum.

The economy of Kazakhstan has shown high resilience within the context of the Covid-19 pandemic, which is essentially thanks to the penetration of digital solutions into all areas of the general public and personal sectors.

Kazakhstan has a well-developed IT and telecommunication industry. Last year we completed a huge project, which granted 97% of the population of Kazakhstan access to the high-speed 3G/4G Internet. Kazakhstan ranks 29th in the e-Government UN Report. Today around 90% of public services can be obtained online. The future belongs to digital technologies.

The COVID-19 pandemic has caused a serious assay of state systems the planet over: a health emergency and severe economic challenges for the whole world. Some argue that the decay of democratic values has also been an unwelcome consequence of the coronavirus crisis. Regrettably, there are worrying signs that the pandemic will leave in its wake declining freedoms and therefore the weakened rule of law.

Kazakhstan has not chosen this path. The Administration of President Kassym-Jomart Tokayev has made it a priority to implement reforms within the direction of political diversity, openness and increased engagement between the govt and civil society. Ultimately, these reforms matter for several quite the 18 million people within Kazakhstan.

Kazakhstan’s reforms cover three broad areas – the democratization of the form of government, more power to the people and strengthening human rights.

To achieve the previous, the govt has made it easier to make political parties and for minority opposition parties to urge into the Kazakh parliament. the amount of members required to register political parties has already been halved, while the The leadership of the country additionally proposed to scale back the edge to realize seats in the Parliament from 7%  to 5%. Representatives of minority parties have also been given a much bigger role to chair committees in parliament. the general objective of those reforms is to determine a well-developed parliamentary and multi-party system.

To give more power to the people, the govt has made it easier for the general public to arrange demonstrations – it’s not necessary to ask permission. it’s enough to notify local authorities of the intention to carry rallies. to market wider representation, a 30% quota has been introduced for ladies and under-29-year-olds in political parties’ candidate lists.

To protect human rights, the Office of the Ombudsman for Human Rights is being strengthened and will open its regional offices. So far, it’s successfully worked on the implementation of the National Prevention Mechanism, which engages civil society representatives in addressing allegations of mistreatment within the penitentiary system. Kazakhstan has also joined the Second Optional Protocol of the International Covenant on Civil and Political Rights, thus joining the ranks of countries that have abolished the execution.

Eventually, we actively moving toward to become a more democratic state. These reforms, I am sure, hold regional and global significance. Located strategically between the East and therefore the West, Kazakhstan plays an important role in global trade, including through China’s Belt and Road Initiative. The ninth largest country within the world by territory, Kazakhstan is additionally the most important economy in Central Asia and therefore the region’s favorite trade and investment partner with Russia, China, European Union and US. Kazakhstan is a regional economic leader with significant industrial and agricultural capacity and vast natural resources.

Kazakhstan is located at the crossroads of transport corridors between Europe and Asia. New routes that go through Kazakhstan significantly reduce freight delivery time from the Netherlands to China to around 15 days – 3-4 times faster than by the sea. We have built the necessary hard and soft infrastructure for a cost- and time-efficient transfer of goods through Kazakhstan, including a modern highway from Europe to China, one of the largest dry docks Khorgos centre, Aktau Port, and partial digitalization of obtaining certain permits and documents.

Politically, in ensuring regional stability, peace and prosperity Kazakhstan plays a key role. We extended practical support to stabilization efforts in Afghanistan and Syria, in combating nuclear proliferation, terrorism and drug and human trafficking as well.

Kazakhstan is increasingly playing a more active role as an international donor, providing humanitarian aid, student scholarships, and training programmes through Kazakh development organization KazAid. The stronger the region, the stronger the country.

We always stand for peaceful resolution of the conflicts, acting as a mediator in conflicts and offering dialogue platforms, as we did for Syria, Iran. Open and safe dialogue is what everybody needs to prevent further conflict and instability.

Since independence, Kazakhstan has been promoting peacemaking initiatives to ensure prosperity of both the nation and the world. The first decree of our First President Nazarbayev was to close the nuclear test site and gave up the fourth largest nuclear arsenal in the world.

A number of critics might not accept as true with this assessment. Some international non-governmental organizations and analysts have suggested that the reforms either don’t go far enough or are being implemented too slowly. However, it’s important to seem at Kazakhstan through a historical prism and take under consideration the broader context.

This year is that the 30th anniversary of Kazakhstan gained independence in 1991. In celebration, Kazakhstan’s President Kassym-Jomart Tokayev published a piece of writing “Independence – a most precious thing”, which contains message to the international readers.

Tokayev said that although 30 years are just a moment by the standards of history, it’s been a whole era crammed with difficulties, victories, crises and achievements for Kazakhstan.

Article described the primary decade of independence because the “time of laying the inspiration for brand spanking new Kazakhstan”. Mentioning many vital events during that decade, like introducing the national currency and therefore the creation of soldiers. therein decade, Kazakhstan became a nuclear-weapon-free territory, and therefore the economy laid the primary steps to development.

Tokayev added that the second and third decades of independence saw the important growth of economy and statehood within the country, and implementation of the Heritage state programme. In these 20 years, Kazakhstan became a worldwide hub for international business, conferences, and projects.

The leadership of the country insisted on the importance of the third decade in resolving all issues with the state borders and launching the strategic programme “Kazakhstan – 2050” which objective is to enter the highest thirty developed countries within the world.

“We have completely resolved the border issue. After the signing in 2018 of the Convention on the status of the Caspian our borders were finally determined and glued not only ashore, but also stumped.” He said.

Portraying the overview of subsequent decade in Kazakhstan, Tokayev said the country should still implement political and economic reforms and modernize public consciousness to make a national identity that’s adapted to the challenges of the time.

Tokayev noted the growing importance of the movie industry in reference to history and its’ events, especially with many global film companies turning their attention to Asia. He said Kazakhstan’s history is rich in unique plots which will address big films just like the Era of the Golden Horde.

Article calls Kazakh academics and historians to write down the history of the country and present it to international audiences, to different languages and cultures.

He insisted that Kazakhstan preserve and protect the traditions and languages of all ethnic groups on the country and make opportunities for everybody.

“Young people got to understand that speaking several languages exposes wide horizons for them.”

Tokayev said that political reforms aren’t a matter of 1 day or a year, but it can’t be dragged out either, stating that the authorities should feel their responsibility to the people.

He assured that the concept of a “Listening state” would continue with the creation of a national council of charitable trust and therefore the development of civil society.

“This is that the results of a policy aimed toward democratizing the country and modernizing the political system”. Tokayev said.

As the confirmation of that words on June 9 the President of Kazakhstan, has signed a decree “On further measures of the Republic of Kazakhstan in the field of human rights”. The Decree instructs the government to approve the Plan of Priority Measures in the Field of Human Rights (Action Plan), which envisages the implementation of the following key tasks:

The adoption of the 9th June Decree further formalises human rights as one of the basic priorities of state policy. The implementation of its provisions will further promote the protection of human rights in Kazakhstan and contribute towards building a just and progressive state.