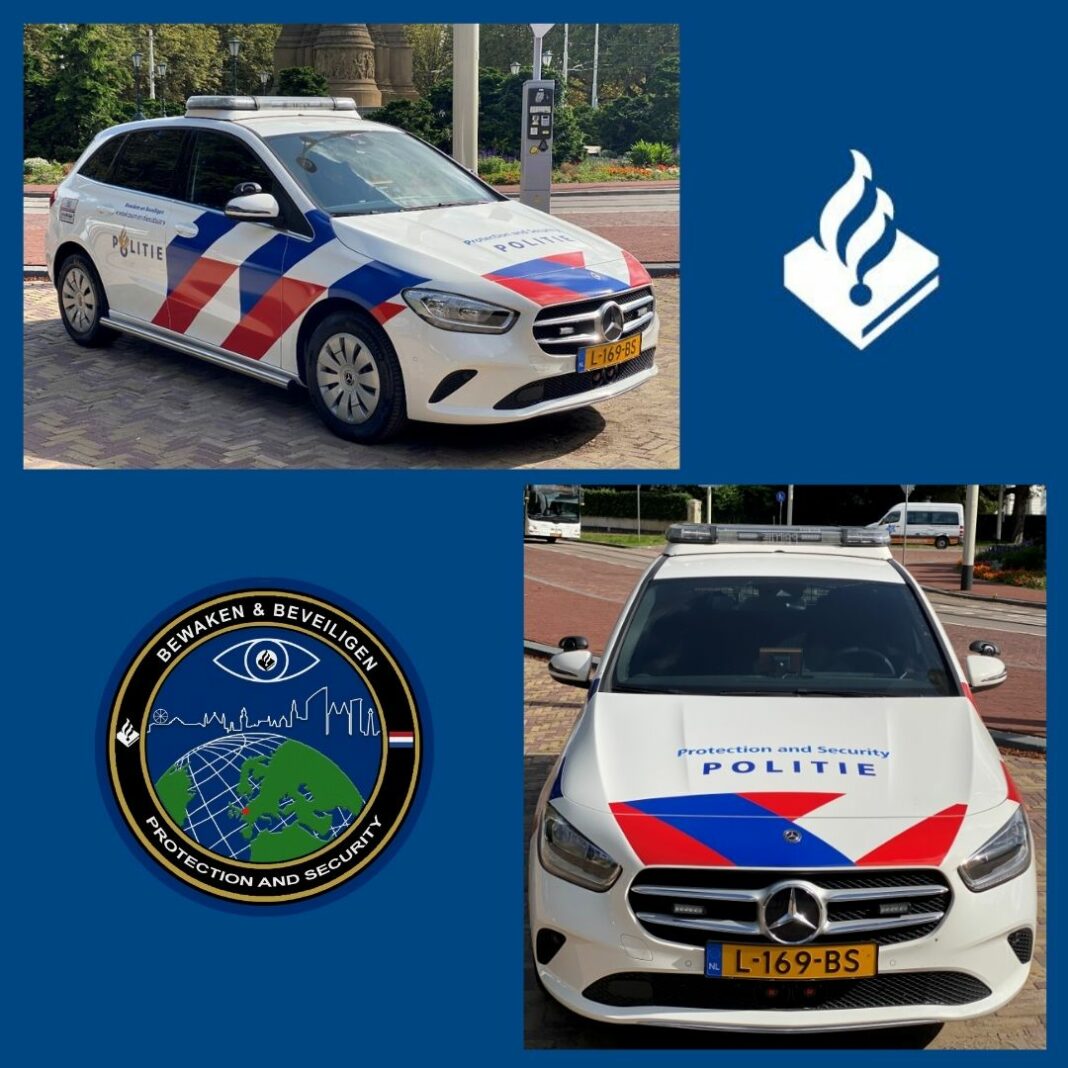 The signature blue Dynamic Diplomatic Surveillance vehicles that patrol around diplomatic institutions of The Hague will soon have a new appearance.

The Hague is home to many international and diplomatic institutions in the Netherlands, including embassies and consulates. Under the Vienna Convention, these institutions must be protected by the host country to ensure undisturbed operations. This obligation has long been undertaken by The Hague police unit’s Protection and Security Department, also known as ABB.

The ABB is tasked with observing certain objects such as embassies by making use of surveillance containers and the Safety and Security Monitor Centre (MBB), which monitors movements in the area 24/7.

In addition to these methods of maintaining security, Dynamic Diplomatic Surveillance (DDS) is another task of the ABB. DDS involves actively and dynamically monitoring diplomatic objects and international institutions to bring more unpredictability in their operations. This includes patrolling areas around diplomatic residences, embassies, and more in their distinct dark blue vehicles with gold stripes.

From September 1st however, these vehicles will gradually be replaced by regular white police cars with blue and red stripes. They can be distinguished from other police vehicles by the text “Protection and Security”. These cars will be used to continue patrols and support diplomats when they require assistance with safety.

As usual, embassies can request assistance from the police through the Diplomatic Front Office (DFO). Depending on the request, the DFO will deploy the Safety and Security Department and/or other parts of the police unit of The Hague, including the DDS. The service of the DDS remains unaltered, apart from a change in the appearance of their vehicles.