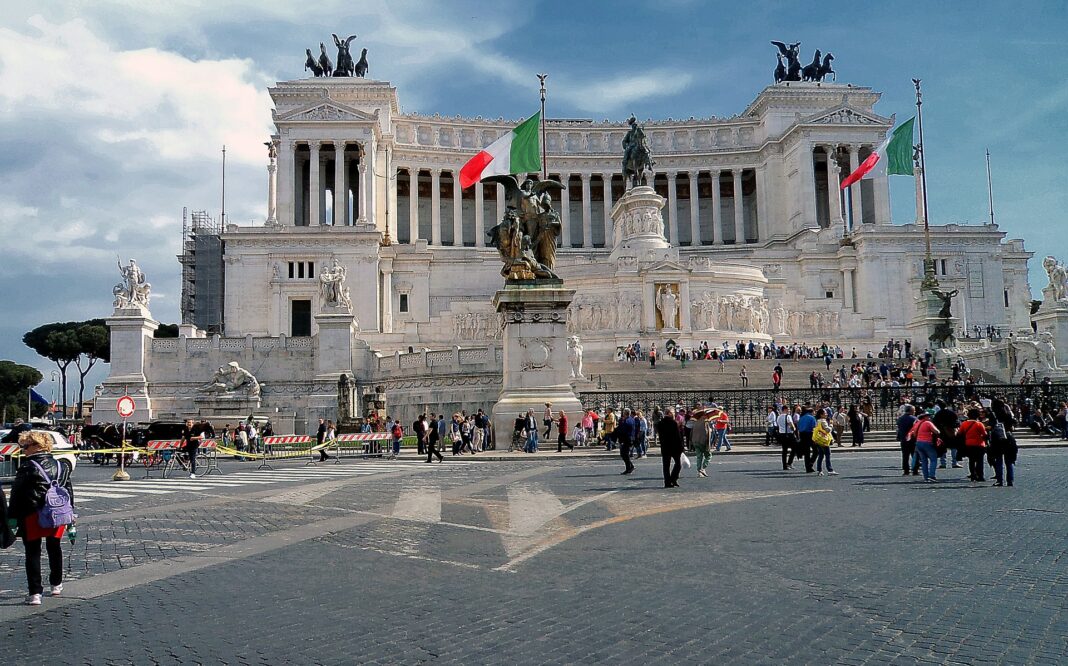 An innovative community project has brightened buildings, ‘brought people together’ and provided an emotional outlet after traumatic journeys.

As the pandemic drives global migration, 39,000 have reached the country by boat since the start of the year – double the number during the same period 12 months ago. Unaccompanied minors – under-18s who arrive without their parents – account for a nearly a sixth of the total. Experts predict the turmoil in Afghanistan could result in more arrivals.

Launched in 2019, the city of Matera’s Atelier d’Arte Pubblica (MAAP) is one of the few initiatives in Italy using public art to integrate newcomers to the country. For its most ambitious project yet, Barcelona-based street artist Mohamed L’Ghacham joined forces with migrants in three towns in Basilicata, a rugged region in southern Italy, for three consecutive projects over 17 days. The objective was to transform one building in each location with a towering mural.

“The beauty of this scheme is that it brings people together,” says Karim*, 17, from Egypt. “We may not stay in San Chirico forever, but now we have left our mark.”

Ahead of a global summit on biodiversity in France, President Emmanuel Macron has called for better protection of the high seas, which largely don’t fall under any national jurisdiction but are threatened by fishing and other human activities.

Macron will formally open later Friday the World Conservation Congress in the southern city of Marseille, on France’s Mediterranean coast.

He is expected to urge world leaders and institutions to safeguard biodiversity as they work to curb climate change and support human welfare. Thousands of people are set to attend the event, both in person and virtually, amid the COVID-19 pandemic.

The conference, held every four years, focuses on urgent action needed to protect wildlife. Several recent studies have reported that many of the planet’s ecosystems are severely strained by global warming, overuse, and other threats.

Moving to The Hague