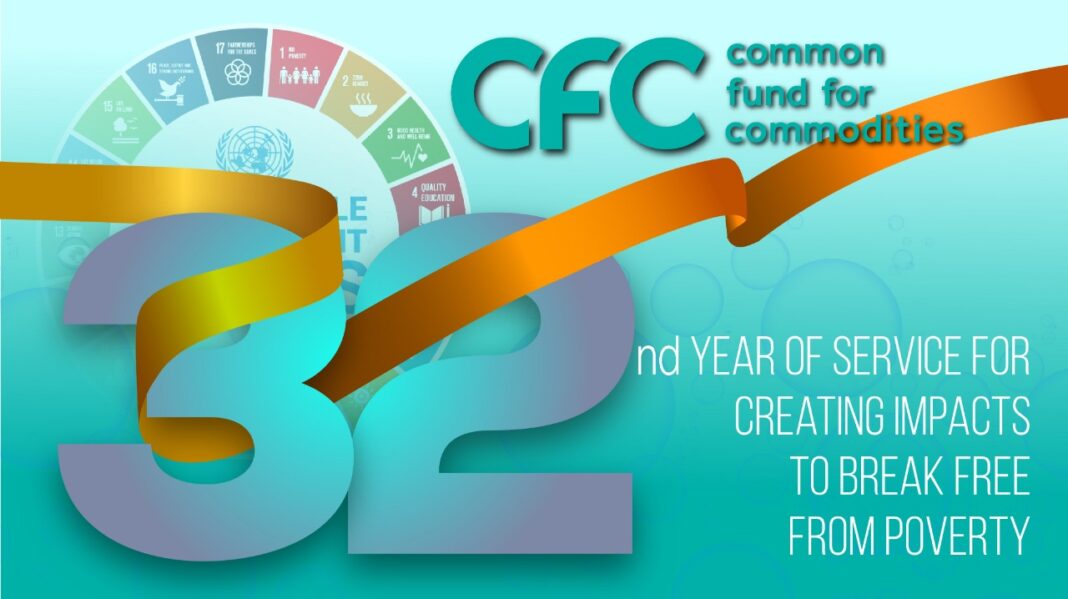 It’s been 32 years since the Common Fund for Commodities (CFC) was founded. The fourth meeting of the United Nations Conference on Trade and Development (UNCTAD) in Nairobi in May 1976, after a decade long negotiation, finally agreed on a proposal known as the ‘Integrated Programme for Commodities’, the key element in which was the Common Fund.

It took another 13 more years before the fund, the Common Fund for Commodities (CFC), could be launched formally in 1989 when enough member states ratified the treaty establishing the CFC. The Fund was intended to provide buffer stock and stock market support to those commodity dependent developing countries (CDDCs) to make the volatility of the commodity price tolerable. But the Fund was never in receipt of enough fund to make an intervention big enough to bring stability in the commodity market.

Accordingly, finally, member states came together in 2013 to review the structure and format of the fund and agreed to radically transform it in 2014 as an impact investment fund investing the commodity value chains to bring more productivity and resultant income for the smallholders and SMEs.

CFC projects vary from improving production and productivity of the commodities concerned to adding value through processing, finding new and innovative uses, value chain integration and price risk management. In all instances the projects aim to make commodity sector a source of sustainable growth by promoting efficient and sustainable commodity production, processing, and trade with resilient commodity value chains.

Over its 32 years of existence, the CFC has provided financing for around 440 projects in the total value of USD 798 million in more than 90 countries. The CFC currently operates as an impact investment fund, blending its own financial resources with those of public and international partners to support commodity sector development projects.

The chart below gives a snapshot of CFC’s activities and achievements during last 32 years.

This anniversary came at a time when the international community remained gridlocked in the biggest public health crisis in a century. Nonetheless, in order to continue its critical work of providing much needed support to the smallholders and SMEs, CFC designed and hosted a new website on the eve of its 32nd anniversary. A brief ceremony was hosted in its headquarters in Amsterdam to launch the website while celebrating the anniversary. Due to the current applicable COVID-19 measures, the launching ceremony had to take place by teleconference with Mr. Andrey Kuleshov, Strategy and Development Advisor of CFC, acting as master of ceremony.

Guest of honour was H.E. Mr. Fernando Arias, Director-General of the Organisation for the Prohibition of Chemical Weapons (OPCW), the only Noble Laureate organisation in the Netherlands, who officially opened the new website. Mr. Arias was accompanied by Ms. Yvonne Mensah, Head of the Political Affairs and Protocol Branch of OPCW.

During the event, Ambassador Belal briefed H.E. Mr. Arias how CFC worked hard to keep its services open for the COVID-19 stricken business in the developing countries. CFC have been full of new initiatives even during the COVID-19 asserted Ambassador Belal. Not only CFC worked hard to propose and getting approved programs like “Emergency Liquidity Facility” to its Executive Board, whereby initially two million USD was allocated in aide to the COVID-19 affected projects. With this fund, CFC also extended enough flexibility to COVID-19 affected businesses in repaying their loans and other flexibilities so that businesses could continue to pay smallholders for their harvest, preferably in advance.

Throughout the COVID-19 , Ambassador Belal added, CFC continued to target critical weaknesses along the value chains affecting the smallholder producers, “which enabled us to achieve visible results with maximum efficiency” Ambassador Belal reaffirmed. Managing Director further mentioned the ongoing initiative on the formulation of a fund titled CIIF (Commodity Impact Investment Facility) and thereby enabling CFC to contribute more for alleviation of poverty.

Ambassador Arias wished CFC all the success for its efforts to alleviate more people from poverty and agreed that peace could only follow alleviation of poverty. Ambassador Belal stated that poverty alleviation is a multistakeholder mission and as such, urged all to extend their support to alleviate as many people as possible from poverty. Dr. Dilruba Nasrin, wife of Ambassador Sheikh Mohammed Belal also participated in the ceremony.