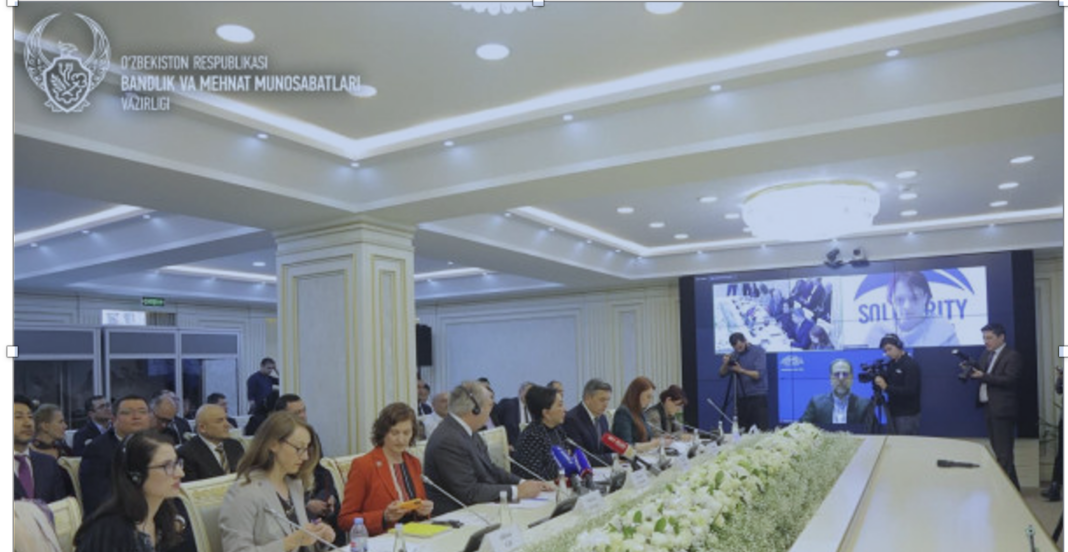 On March 10, 2022, a joint press briefing was held at the Ministry of Employment and Labour Relations of the Republic of Uzbekistan to discuss working conditions in the cotton sector of Uzbekistan. The speakers of the event were: representatives of the “Cotton Campaign” International Coalition, Tanzila Narbayeva – Chairperson of the Oliy Majlis Senate of the Republic of Uzbekistan, Nozim Khusanov – Minister of Employment and Labour Relations as well as representatives of international brands and civil society.

Following the negotiations and consultations, which were held in a constructive climate of mutual respect and in the framework of the Cotton Campaign’s visit to Uzbekistan, the press briefing participants note the following:

Given the progress made in protecting the workers’ rights and complete eradicating systematic forced labour, the International Coalition Cotton Campaign announces an end to the call for a global boycott of Uzbek cotton.

Coalition members note that this historic achievement is the result of many years of hard work by Uzbek civil society activists, international human rights activists and transnational brands, as well as the commitment of the Government of Uzbekistan to the eradication of forced labour.

Members of the coalition highly appreciate the role of Sh.M. Mirziyoyev – the President of the Republic of Uzbekistan in initiating and implementing the historic reforms necessary to end forced labour and reform the cotton sector in Uzbekistan.

At the same time, recognizing the need to take further steps to strengthen the civil society’s role and create an enabling environment for subsequent independent monitoring of compliance with labour rights, the Parties expressed their readiness to continue active cooperation in order to ensure transparency and traceability of the supply chain.