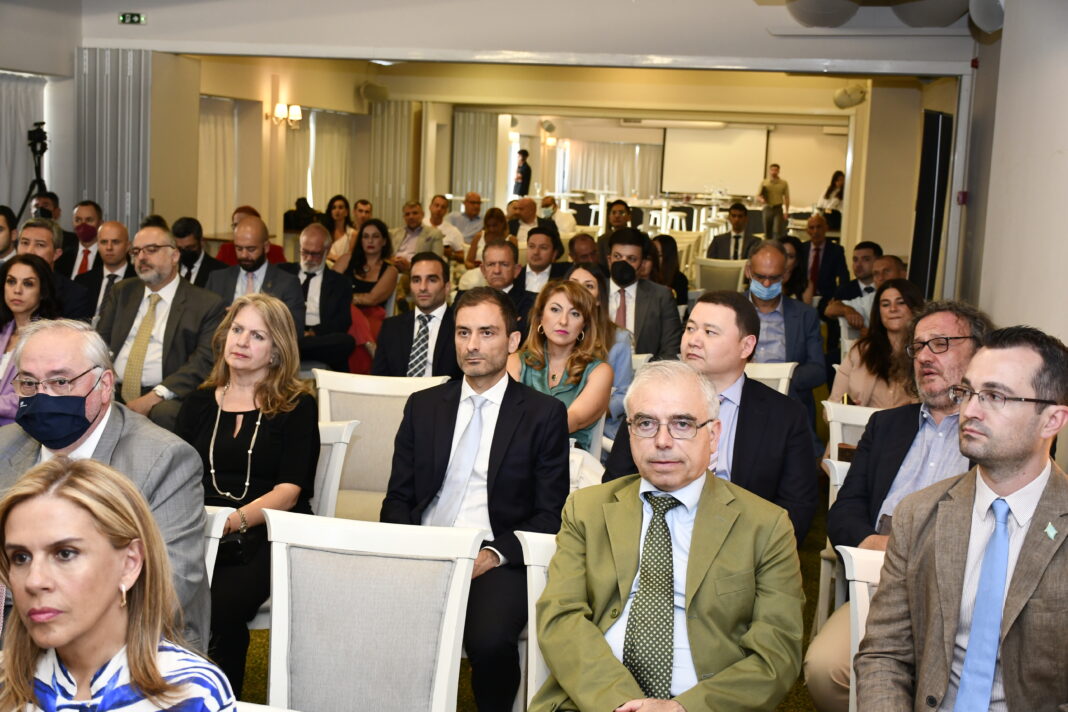 The main purpose of the body is to promote Kazakh-Hellenic cooperation in the areas of trade and investment, tourism, culture and other spheres by establishing appropriate contacts, as well as advising interested organizations on the specifics of the Kazakh and Greek economies.

Greece is Kazakhstan’s fifth largest trading partner among the European Union member states. The annual trade turnover between the countries amounts to about 1.5 US bln dollars. In Greece, there are about 100 thousand natives of Kazakhstan – ethnic Greeks – who have returned to their historic homeland. Since June 2 this year, there have been direct flights between the countries.

On the Kazakh side, the Council has been headed by the well-known economist Zhaksybek Kulekeyev, while on the Greek side by the entrepreneur and authoritative expert in the field of energy law, Thomas Lamnidis.

During the ceremony an opening remark was made by Konstantinos Fragkogiannis, the Deputy Minister of Foreign Affairs of Greece in charge of economic diplomacy. The diplomat stressed that Kazakhstan is one of the key partners of Greece in the Eurasian region, with which Athens intends to develop trade, economic and investment cooperation. A representative of the Hellenic government expressed his confidence that the platform could effectively serve the purpose of enhancing bilateral business relations.

In his turn, the Ambassador of Kazakhstan H.E. Mr. Yerlan Baudarbek-Kozhatayev, confirming the mutual commitment to the comprehensive strengthening of Kazakh-Greek relations, noted the importance of intensifying contacts between business circles of the two countries in light of the ongoing reforms in Kazakhstan on building a “New Kazakhstan” under the leadership of President Tokayev. The Ambassador stressed that Kazakhstan’s focus on creating favourable conditions for doing business and attracting investment to the country’s economy will provide a solid foundation for building up new and expanding existing business ties.

Noting the timeliness of establishing such a platform to bring the business communities of both countries closer together, Co-Chairman of the Kazakhstan’s part of the Council Mr. Kulekeyev informed the guests of the event about the current situation in the economy of Kazakhstan and outlined mutually beneficial priority areas for expanding cooperation.

The head of the Greek part of the Business Council, T. Lamnidis, addressed the Deputy Minister of Foreign Affairs and the Ambassador of Kazakhstan, expressing the great interest of the business communities of the two countries in signing the Convention on Avoidance of Double Taxation between the governments of Kazakhstan and Greece as soon as possible. The entrepreneur noted that this instrument would greatly contribute to the expansion of business contacts.

Konstantinos Petridis, the President of the DKG Development company, who was elected as the CEO of the Hellenic-Kazakh Business Council, noted that the interest in developing trade and economic cooperation with partners from Kazakhstan stems from the country’s policy of building transparent, pragmatic and reliable relations with the business community.