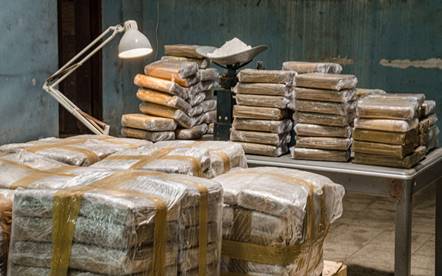 Eurojust and Europol assisted the French and Belgian authorities in a recent action day  against an organised crime group (OCG) suspected of large-scale drug trafficking, leading to seven arrests. The OCG is managed from Dubai, where two high-value targets had already been arrested.

In addition, in Belgium, two more suspects currently in custody are also linked to the French investigations. Information obtained by intercepting the encrypted communication tool SkyECC proved to be essential to organising the action day. Eurojust supported actions to dismantle SkyECC last year.

Investigations into the OCG were the follow-up of several  seizures of in total  around 2 000 kilograms of cocaine, arriving from Latin America to Europe by ship, and the kidnapping of a Belgian-based citizen, who has ties with the OCG trafficking cocaine via the port of Antwerp. The investigations revealed links to the Dubai-based leaders of the OCG.

Eurojust organised four coordination meetings to prepare for the operations, which were simultaneously rolled out by the French and Belgian authorities. The Agency furthermore coordinated the action day and provided cross-border judicial support to the authorities involved.

In France, the authorities involved were: