Şuşa, more than a city 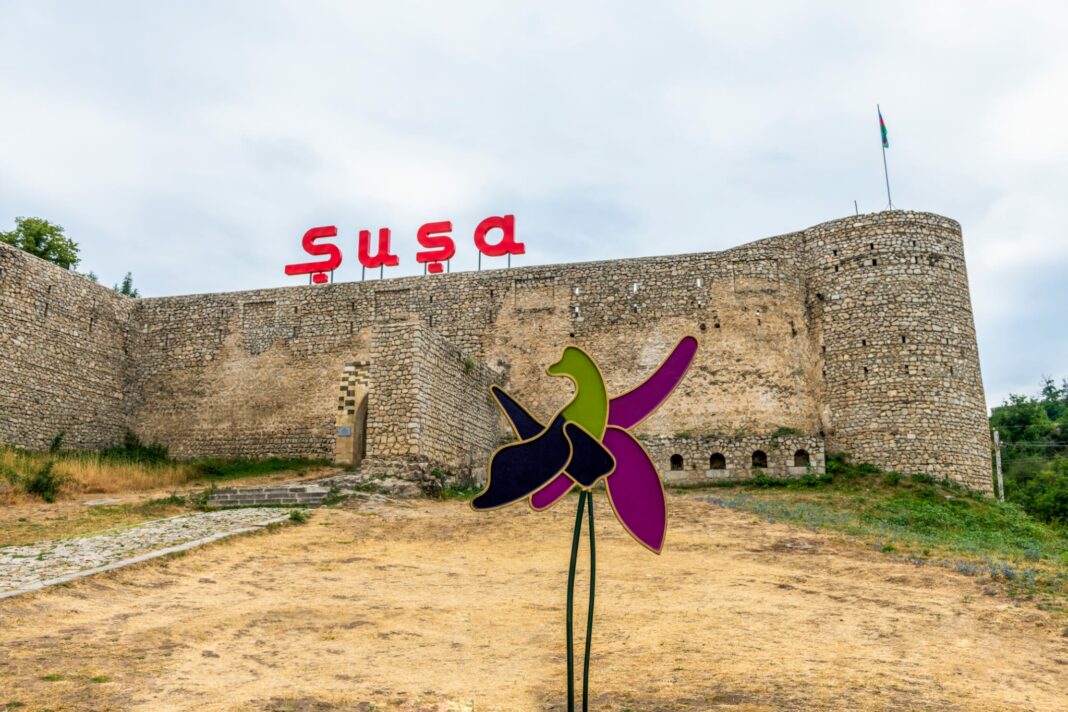 On November 8, 2020, Azerbaijan´s armed forces liberated the city of Şuşa after more than twenty-eight years of foreign occupation. In doing so, they also implemented the UN Security Council´s resolutions, that had demanded “the withdrawal of all occupying forces” from Azerbaijan´s territory already in 1993. From a juridical point of view, Azerbaijan´s liberation of Şuşa is comparable to Ukraine´s liberation of the city of Kherson. Both were acts of national self-defense in the face of illegal foreign occupation.

Şuşa was of course not the only city that has been liberated since 2020. However, no other formerly or currently occupied Azerbaijani town equals its symbolic importance to the Azerbaijani people. This extraordinary attachment to Şuşa has much to do with history, and more particularly, cultural history.

It is impossible to summarize on two pages even the most salient achievements that numerous literati, composers, musicians, painters and other artists from Şuşa have contributed to Azerbaijan´s cultural heritage since the middle of the 18th century, when the town was founded by the Azerbaijani Panahali Khan, the first ruler of the Karabakh Khanate, in 1752. From the mid-18th century to 1822, Şuşa was the capital of the Karabakh Khanate. Üzeyir Hajibeyov (1885-1948), the creator of the first Western-style opera in the Islamic world, the poetess and patron Khurshidbanu Natevan (1832-1897), and the polymath Mir Möhsün Nevvab (1833-1918) all hail from it.

Of course, the origins of Azerbaijani culture lie much earlier than this period. However, what happened in Şuşa from the second half of the 18th century onward was much more than the organic transmission of Azerbaijani culture. At least in the case of Üzeyir Hajibeyov, in can be termed a veritable revolution.

This is a strong metaphor, but probably the best way to describe Hajbeyov´s merits. For it was him, the composer, music theorist, and writer inspired in and by Şuşa who gave the world an unprecedented, theoretically and methodologically sophisticated synthesis of classical Azerbaijani and Western music. However, Üzeyir Hajibeyov was not the only one to contribute to this process of integration. One may also name the playwright and author Abdurrahim Haqverdiyev (1870-1933) or Üzeyir Hajibeyov´s brother Jeyhun Bey Hajibeyov (1891-1962). All of them and others turned Şuşa into a site of world culture.

It is precisely the combination of these two phenomena – the transmission of Azerbaijan´s cultural heritage on one hand and an its advancement, transformation, and integration into global currents on the other hand – that have always given Şuşa a unique place in the hearts and minds of the Azerbaijanis. Even after Baku had eclipsed all other Azerbaijani cities, including Şuşa, as a cultural, economic and political center at the end of the 19 th century, and even throughout the Soviet era (1920-1991), Şuşa´s rank as a cradle of modern Azerbaijani civilization was never disputed.

It is crucial to stress that Şuşa´s special role in cultural history is not a mirage but made up of amply documented facts, although these facts are still not very well known. My book “Schuschas Vermächtnis” (“Şuşa´s heritage”), due to come out in English in early 2023, tries to help change this a little. In sum, what made Şuşa´s occupation so unbearable for Azerbaijanis were not only the loss of territory, population, the atrocities committed by the occupiers, the vandalism and damage. It was felt as if an indispensable part of Azerbaijan´s culture and identity was trying to be obfuscated. The staunch refusal of the Azerbaijani state, army and society, to give up even an inch of Şuşa´s ground must be understood against this backdrop.