By H.E. Mr. Marián Jakubócy, Ambassador of the Slovak Republic in Germany

On 1 January 1993 is the day of the constitution of the Slovak Republic. Since that day, Slovakia has been perfecting its system of the rule of law with multi-party democracy, human rights and a market economy. After a decade of turbulent political development in the 1990s, which was almost lost from the point of view of democracy, Slovakia was able to catch up. Yet 30 years ago, Slovakia’s starting points were not that simple. In some respects economically unbalanced, oriented towards heavy industry, with not very convincing labour discipline or pronounced entrepreneurial ethos, or even corporate responsibility. We didn’t care that much about human rights or the environment. An advantageous geographical position was one of our greatest assets, and the fate of a country should not depend on it. At that time, Slovakia had only a fleeting experience of independence and an independent state, and not a good one at that. We knew democracy and respect for the law, which can lead to prosperity. We had a certain muscle memory from the time of the first Czechoslovakia after 1918. We did not manage to develop both democracy and prosperity further than 1938, but it has remained with us in a kind of collective memory. We didn’t make it back then also because we had few – if any – good partners and allies.

We have had our dark episodes in the past decades, and we have tried to learn from each one. At times we have succeeded, at others we have, unfortunately, had to repeat the experience. Detention. The message, also with regard to all the Unfree, the Invaded, is therefore: we have not been merely dealt a good hand, possessed more valuable historical memories or simply more luck. What really mattered for Slovakia in the last 30 years was a sustainable political system. A social order that is most oriented and suited to let people build and enjoy a secure existence in freedom and dignity. We have, we may proudly say, successfully established a liberal democracy. We have been able to decide to return to the values of civilization. In terms of security, to be among the countries that have established and now maintain the most effective defense alliance. Economically, to emulate the countries that since the Second World War have exemplified how to achieve prosperity in a social market economy that generates enough for its own responsible citizens, and for exhaustive humanitarian aid and development cooperation with weaker societies on top of that.

In 2004, we first joined NATO and a little later the European Union. On 1 January 2009, Slovakia introduced the euro, from which our export-oriented economy with a strong automotive sector benefited greatly. Thanks to this development, the bilateral economic relations between Slovakia and Germany have also progressed extremely well over the past 30 years and have risen to an outstanding level of quality. Characterised by close partnership, intensive dialogue and a shared commitment to European integration. Featuring very close economic ties – as evidenced by the presence of some 600 German companies in the country – and lively trade. The strong involvement of German investors is of utmost importance for the Slovak state budget. Just to give an example; German companies contribute the largest share (25%) to the tax revenue of the 300 largest companies in Slovakia, amounting to 2.3 billion euros. German companies employ about 146,000 workers. With 184 cars produced per thousand inhabitants in 2021, Slovakia is also the world leader in car production per capita thanks to the Volkswagen automotive group, which is the first major foreign investor in our country. German direct investments in Slovakia now amount to 8.9 billion euros. In turn, several Slovak companies have successfully established themselves on the German market in recent years. The trade volume between Slovakia and Germany has exceeded the 36 billion euro mark in 2021.

In the last 30 years, however, Slovakia has not only advanced to become a world leader in automobile production, known for its innovations in IT, the pharmaceutical and bio science sectors. Thanks to its free market economy, Slovakia has also been able to assert itself as a world power in castles and a tourist magnet. The Spiš Castle, for example, which is listed in the UNESCO World Heritage Sites, is one of the ten largest castles in the world. While on the subject, the 220 Slovak castles and castle ruins are joined by 425 forts and numerous spas; many spas are among the oldest and highest quality in Central Europe (Piešťany/Pistyan, Rajecké Teplice/Bad Rajetz, Turčianske Teplice/Bad Stuben). And there is more to discover in Slovakia – we welcome you all!

Slovakia commemorated many milestones in its modern history already in 2022. Against this background, a commemoration of the Treaty on Good‑neighbourliness and Friendly Cooperation between the Federal Republic of Germany and the Czech and Slovak Federal Republic of 27 February 1992 was planned at the beginning of 2022. Unfortunately, things turned out quite differently. Slovakia and Germany, in an irrevocably changed Europe, were not to celebrate at the end of February 2022. Since 24 February 2022 – the day of the Russian invasion of Ukraine – we would rather use all our forces to protect our security and democracy. Actually, there are so many valuable lessons learned from the time Slovakia gained its independence. We should always remind ourselves how to do it right. The Russian war of aggression against Ukraine confirms that we must never tire of reminding and demanding the right way.

Even now, almost a year after the invasion of Ukraine and the renewed start of the war in Europe, this is no time to celebrate exuberantly. But the 30th anniversary of free, democratic Slovakia is all the more a moment we should commemorate. With humility as well as a healthy dose of pride. It is an important milestone that Slovakia and its society have worked hard to achieve. It is an opportunity to pause for a stocktaking that helps us understand where we have come from and, more importantly, where we want to arrive. I have already and would like to remind you once again of our neighbouring country, Ukraine. Not because it’s proper, in keeping with the times, or because we want to feel better about ourselves. But to show how important it is to defend values and prosperity without falling into value-free pragmatism. Slovakia has felt safe over the last three decades, and we can no longer claim that today without giving it serious thought. Nevertheless, we were not directly invaded, and we have the time and opportunity to prepare for Moscow’s further steps. We had the capabilities to recognize Russia’s hybrid warfare in time and to respond to it together within NATO and in the EU. Thanks to the last 30 years and the strength we have today as a country to offer our partners and allies.

We commemorate the 30th anniversary of the emergence of sovereign Slovakia, the full-fledged member of the international community, anchored in several leading value-based organisations. I am sure that we will use our experience and strength to support Ukraine on its way.

Embassy of Slovakia in Germany: www.mzv.sk/berlin 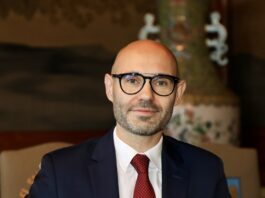 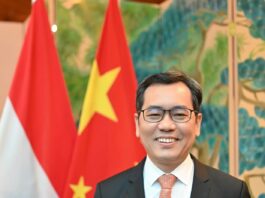 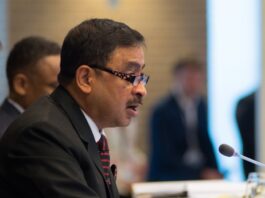 War in Ukraine and casualties beyond the shore of Europe: What...