On August 27th His Excellency Dr. Alvaro Moerzinger, Ambassador of Uruguay, and his charming wife hosted a reception at the Crowne Plaza Hotel to celebrate their National Day. The reception was very well attended and the guests could enjoy excellent Uruguayan wines, such as the 2009 Juan Carrau, as well as delicious Empanadas. There also was a musical intermezzo by a lady singer, who  performed songs. The atmosphere was upbeat and energetic, characteristic for a South-American country.

Her Excellency, Retno L.P. Marsudi, the Indonesian Ambassador to the Royal Kingdom of the Netherlands, hosted a reception in Wassenaar on Thursday 21 August 2013 to celebrate her country’s National Day.

The reception was very well attended, with the opportunity to savour Indonesian delicacies and enjoy the all-female gamelan orchestra.

Guest of honour at the function was Prime Minister Mark Rutte. Both Prime Minister Rutte and Ambassador Marsudi confirmed their readiness to continue the excellent relationship between their two countries and to endeavour to take the relationship to higher heights.

The two countries have a, in past times challenging, historical relationship, as well as strong economical, culinary and social links. Rutte mentioned that around 10% of Dutch residents have either Indonesian roots or a clear link to Indonesia.

Ambassador Marsudi paused to recognise the passing of Prince Friso, wishing Princess Beatrix and her family strength in this time of bereavement.

On Thursday 8th August it was a successful story, excellent attendance. Diplomats are invited to meet the first Thursday of the month from 6:30pm at Carlton Ambassador Hotel in The Hague  in a relax and informal way. Head of Diplomatic missions will have a special ‘foyer’ reserved for them.

On the occasion of the 14th Anniversary of the accession of His Majesty  King Mohammed VI to the Throne, the Ambassador of the Kingdom of Morocco and Mrs. Abdelouahab  Bellouki hosted a reception in the Crowne Plaza Hotel in The Hague. Despite the rainy weather hundreds of guests had come to congratulate the Ambassador with this important event and celebrate with him. In observation of the Holy Month of Ramadan, the dinner buffet was opened after sunset and the most delicious dishes were enjoyed by the many guests.

National Day of Peru in Wassenaar

His Excellency  Mr. Allan Wagner,  Ambassador of Peru,  hosted a reception at his residence in Wassenaar to celebrate the Independence Day of Peru. This occasion commemorates Peru’s independence from Spanish rule in 1821.  A great number of guests came to the Ambassador’s beautiful residence in Wassenaar to congratulate Ambassador Wagner. Because of the glorious summer weather most of them mingled outside in the garden and enjoyed the sunshine, each other’s company and Peru’s national drink: “Pisco Sour!”

The Lithuanian and Irish Embassies in the Netherlands have organized an event marking the symbolic transfer of the rotating Presidency of the Council of the European Union from Ireland to Lithuania. The event was hosted by the Irish Ambassador to the Kingdom of the Netherlands Mary Whelan and the Lithuanian Ambassador to the Kingdom of Netherlands Darius Semaška.   The selected venue was  the state-of-the-art SPACES, a novel place offered to diplomats,  international organizations and the public in general  http://www.spaces.nl/

The Ambassador of Canada to the Netherlands, James Lambert, hosted a reception to celebrate Canada Day. The reception was very well attended by more than 600 high-level diplomatic and business contacts. The event included remarks by Ambassador Lambert, the signing of the Canadian national anthem as well as the feature of delicious Canadian food. Ambassador’s remarks are available on the Embassy website. This year reception was possible thanks to corporate sponsorship provided by Air Canada, CAE, OpenText, Shell, Vermilion Energy, Bombardier, the Netherlands-Canadian Chamber of Commerce and TD Bank.

Farewell to Ambassador of Japan

It was a sunny afternoon in The Hague on July 17th, when Ambassador Nagamine and his charming wife bade farewell to hundreds of guests in their impressive residence. Many Ambassadors, business people and other dignitaries attended the occasion. Among the guests were former Dutch Minister of Foreign Affairs Mr. Ben Bot and  Mr. Ahmet Üzümcü, the Director-General of the OPCW. Ambassador Nagamine held a speech expressing his gratitude to the many people who had made his stay here worthwhile.

By Roy Lie A Tjam
Miles away from President François Hollande, seated in the gardens of the Elysee Palace for a live TV interview on Bastille Day, the French Embassy in The Hague entertained guests on this national day of celebration. The event took place at the residence of Ambassador Pierre Mènat. It was also the first time the sun has shone on Bastille Day in four years. For more pictures of this event click  here: http://www.flickr.com/photos/98057281@N02/sets/72157634650909474/

Warmth Sunday with the art of Shinkichi Tajiri, one of the most important modern sculptor in The Netherlans, a key member of the Cobra Group, was the theme for a wonderfull  diplomatic party Sunday July 14, after the Embassy of France reception, An exceptional get together co-hosted by Dr. Eugenio Matos G, Charge d’affaires of the Dominican Republic Embassy and his wife Dr. Mayelinne De Lara.

The Ambassador of the Bolivarian Republic of Venezuela, H.E. Ms Haifa Aissami Madah, celebrated Venezuelan Independence Day, July 5, 1811,  with an extraordinary well-attended reception at BelAir Hotel in The Hague. The reception was attended last July 5 by over 300 prominent figures in Dutch society as well as members of the diplomatic community. Ambassador Aissami spoke of Bolivar Hall’s special historical importance in the struggle for Latin American independence.

July 2 – Chargé d’Affaires Michael Gallagher delivered remarks to a large gathering of embassy friends and distinguished guests.  The ceremony also included the presentation of the colors by the Embassy Marine Detachment and the singing of the national anthem. 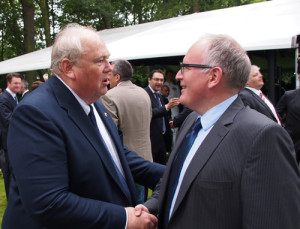 The The Hague Institute of Global Justice was the venue for the Celebration of International Criminal Justice Day. His Excellency Judge Sang-Hyun Song, President of the International Criminal Court, Her Excellency Ambassador Tiina Intelmann, President of the Assembly Of States Parties to the International Court and Her Excellency Vesela Mrden Korac, Ambassador of Croatia and Facilitator of the The Hague Working Group on Strategic Planning were also present,  as well as many members of the Diplomat Corps and the ICC.  After United Nations’ High Commissioner Pillay’s interesting lecture, Dr. Eugenio Matos, Chargé d’Affaires a.i. of the Dominican Republic and a gifted violin player, and  composer-pianist Vladan Kulisic treated the audience to a wonderful musical performance.

Page of the Hague Institute: http://thehagueinstituteforglobaljustice.org/index.php?pid=138&id=106#.UfOEp6z4tGl

Tunisian Tourism Board office Inaugurated in The Hague 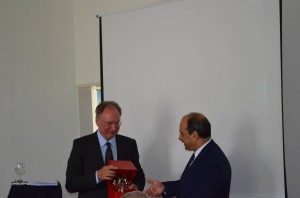 With the cooperation of the Tropenmuseum and the Embassies of Bolivia, Colombia, Cuba, Peru, Dominican Republic and Venezuela, the Embassy of Ecuador in the Netherlands led the initiative to celebrate Inti Raymi – Willka Kuti on June 22 2013, in the Marble Hall and the Grand Theatre of the Royal Tropical Institute of Amsterdam. The Diplomat Magazine, La Bodeguita, Multiverse, Eurol, Farm Direct, and the Spanish Association in the Netherlands provided support to the event. 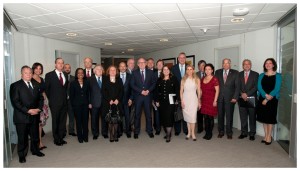 EMBASSY OF PANAMA IN THE HAGUE

Diplomatic reception offered in the Kurhaus in May, 2013 by H.E. Jose M. Teran, Ambassador of Panama,  during the visit of President Ricardo Martinelli to the Netherlands.

The Hague. Carlton Ambassador Hotel, Wednesday 19 June, 2013.  Number of ambassadors present: 31. Total of guests: 201.
In the presence of the Mayor of The Hague, Mr. Jozias Aartsen, authorities from the Ministry of Foreign affairs, the President of the International Criminal Court and other International courts, NGOs, members of Parliament, the media and special guests. Were present our gold sponsors: BMW Diplomat Sales Den Haag, Marina Rinaldi & Max Mara, Steltman Jewelier; our Silver sponsors that kindly accept to support this event to launch the first professional diplomatic magazine in the Netherlands. One cannot neglect our dedicated main supporters, Diplomat Magazine’s Staff, volunteering to make this publication a reality.   The last but not least are ambassadors accredited to Holland, also founder contributing-writers. They are Their Excellencies, Ambassadors of  Nicaragua, Bolivia, Canada, Vietnam, Japan and Malta.
The National and International Media covered this event:

We are in the Dutch and international news !
https://diplomatmagazine.eu/wp-content/uploads/Telegraaf-Diplomaten-op-internet.jpg 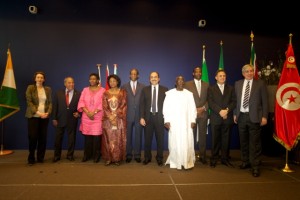