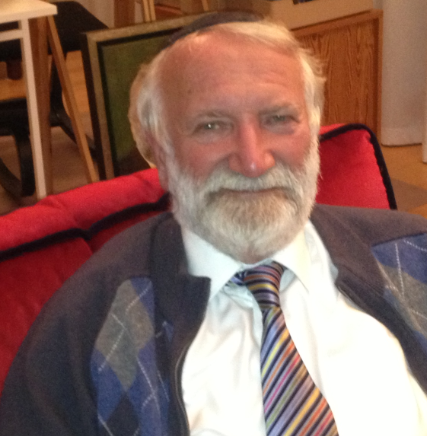 Rabbi Awraham Soetendorp is known all over the world as a builder of bridges. Not out of steel and concrete, but bridges of trust and understanding between people and religions. He has been an active participant in the Davos conferences for many years and has a network of friends and aquaintances among leaders of all great religions, including the Chief Imam of India, Umer Ahmed Ilyashi and the Dalai Lama. Now at 70 he realises that he should use that network to help people all over the World to have access to the second primary requirement for life: clean water (air being number one). Clean water is closely related to sanitation and health and about 800 million people still don’t have access to it. Of course Soetendorp isn’t the first to recognise this. Many governments and NGO’s are involved with it and so is UNICEF with its WASH programs. It is part of the Millennium Development Goals and it was the focus of this year’s “Wings for Water” conference in The Hague, where Minister Ploumen stressed the Dutch engagement in meeting the WASH objectives.
While there has undoubtedly been much progress, it is unlikely that the MDG water goals for 2015 can be reached. Soetendorp realised that with some 80% of the World population belonging to one of the big faiths, global cooperation between the faiths could help influence governments, motivate people and get things done by inspiring and training religious leaders of all the faiths. This was the basis for the Global Interfaith WASH Alliance (Giwa). GIWA, which is enthusiastically recognised by UNESCO and the Dutch government, was launched at its premises on September 25th in New York. GIWA is not just an interfaith organization, but also intergenerational one. Apart from respected representatives from the worlds main religions, there were young people on the panel, Xihutezcatl Martinez, the 12 year old founder of “Earth Guardians” and Alexandra Destin Pierre of the World Youth Parliament. Minister Ploumen attended, as did many government representatives and officials of NGO’s and the great charitable foundations.

During the conference many projects were discussed on how to use the authority, networks and facilities of the various faiths in giving more people, all people, access to this literally vital commodity, clean water.